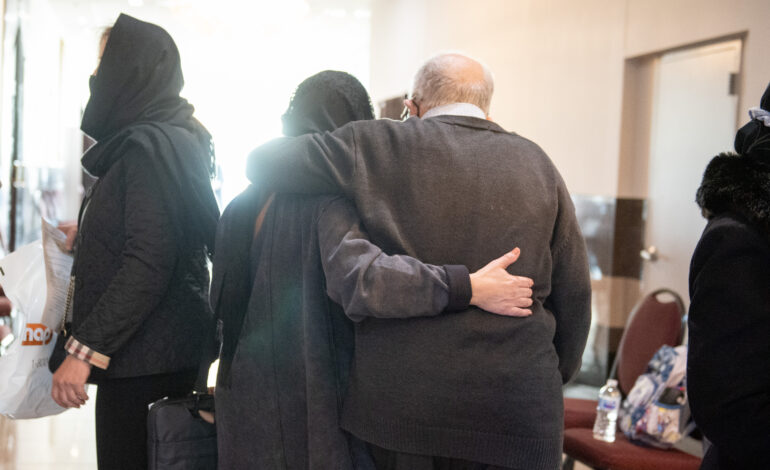 Since Governor Whitmer declared a state of emergency last March, Dr. Zafar Shamoon, chief of emergency services at Beaumont Hospital-Dearborn, has witnessed first-hand the precariously rising cases of COVID-19 in the community.

“Dearborn has been hit very hard,” Shamoon told The Arab American News. “This is one of the busiest, if not the busiest of my 14 years of emergency medicine that I’ve seen. We have a tremendous amount of patients and it’s not just COVID. We are also getting our regular volume of patients. That’s what makes it so overwhelming at times.”

According to data from the MDHHS, Dearborn currently has a total of 11,724 COVID-19 positive cases (as of Thursday), one of the highest risks of exposure areas in the country, after the city of Detroit.

“As we know, Wayne County has close to 34 communities that we are monitoring since the beginning of the pandemic,” said Dr. Mouhanad Hammami, chief health strategist in Wayne County, who is leading the team overseeing the COVID-19 response. “We noticed that Dearborn/Dearborn Heights, and to some extent Hamtramck, were always within the top 10 communities. Dearborn constituted anywhere between 10 percent to 16 percent of all cases in Wayne County.”

We noticed that Dearborn/Dearborn Heights, and to some extent Hamtramck, were always within the top 10 communities — Dr. Mouhanad Hammami

Hammami attributed this phenomenon of disproportionately elevated COVID-19 cases in the Arab American community to “certain practices of community members that are culturally different.”

“As a community, we are well connected and very social, so the concept of social distancing is hard to maintain,” Hammami said. “Many still maintained social gatherings, like weddings and parties. We also live in multi-generational housing. When you talk about a family, you have the children, parents and grandparents. We need to consider the mobility of these three components and their interactions with each other.”

Other risk factors include higher risks for hypertension and diabetes. The prevalence of hookah smoking has exacerbated the chance of respiratory illnesses.

ACCESS, the largest social and economic service organization in the country dedicated to serving Arab Americans, was the first non-profit organization in Michigan to test residents for COVID-19 infections.

“Unfortunately, we don’t have U.S. Census data to track the full extent of this in the community,” said Hassan Jaber, ACCESS president and CEO.

According to a recent CNN report, the impact of COVID-19 and other social and health research has been severely hindered by lack of accurate data on Arab Americans. Although the U.S. Census Bureau recommended an adoption of the Middle East North Africa (MENA) category in 2017, the Bureau currently classifies the community as “White.”

“For the past 25 years, Arab Americans have made the case to include a separate category to include all 22 countries of Arab Americans,” said Jaber, who served on the U.S. Census National Community Advisory Board on Race and Ethnicity and the Michigan Census Complete Count Committee.

After efforts were reportedly blocked by the Trump administration, Jaber and his team at ACCESS continue to work on advocacy and research to urge state officials, such as the MDHHS, to recognize the critical need to gather accurate information on Arab Americans.

We don’t have quantifiable information on the specifics of the Arab American community. We need it to better serve the interests of our community — Hamtramck Mayor Karen Majewski

Mayor Karen Majewski of Hamtramck, home to several communities of colors, including a sizable Yemeni American population, stressed the difficulty of narrowing down COVID-19 demographic information due to Arab Americans being officially considered Caucasian.

“Hamtramck numbers have been through the roof,” Majewski said. “They are the highest they’ve ever been. We don’t have quantifiable information on the specifics of the Arab American community. We need it to better serve the interests of our community.”

“We have shared all information in multiple language and encouraged locals leaders, including imams, to take the vaccine on camera,” Aiyash said. “I did a Facebook live when I received my vaccine and saw a large influx of people reaching out asking how to take the vaccine.”

Three weeks ago, Hammami and his team in Wayne County started to include a race/ethnicity checkbox for Arab Americans on the intake forms at the vaccination sites to help close the gap in local COVID-19 data.

“This is a good start and we encourage everyone to utilize this box so we can capture accurate, useful data for our community.”