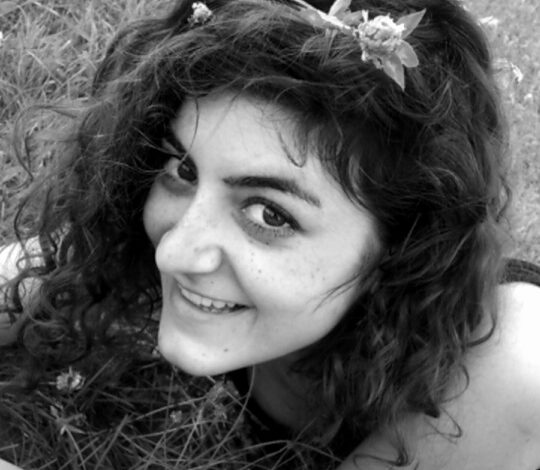 DEARBORN— Chicago-born Palestinian graphic novelist
Leila Abdelrazaq is showcasing her work in an exhibition called “Drawing in the
Diaspora” at the Arab American National Museum from Nov. 12 to April 19.

The 24-year-old said she identifies as Palestinian
because she feels inclined to do so as Israelis have continued to “ethnically
cleanse” Palestinians from their homeland since 1948— marginalizing the
community. She explained that she refuses to hyphenate because it only fades
the Palestinian nationality, which she wants everyone to acknowledge.

“We are people who are being actively ethnically
cleansed—Israelis will take any excuse to deny our existence,” she said. “So I
don’t like to undermine my Palestinian-ness by hyphenating it. I am as
Palestinian as any other and I will not make it easier for others to deny that
by first denying it to myself. That’s why I refuse to hyphenate.”

As a daughter of a Palestinian refugee,
Abdelrazaq’s experience mirrors her artistic, activist and storytelling career.
Her first graphic novel, “Baddawi”, which she published at age 22, took three
years to finish. It’s about her father’s life in the eponymous Palestinian
refugee camp in northern Lebanon where he was born after his parents fled their
homeland due to the 1948 Nakba— the occupation of Palestine.

Abdelrazaq decided to detail her father’s childhood
experience living in the camp; his perspective of the Naksa— the 1967 six day
war— and the realization he wouldn’t be able to return to his homeland as well
as his life during the Lebanese civil war.

Abdelrazaq said she wants to tell stories of
refugees taking control, rather than ones that produce pity, because stirring
sympathy for them is actually unhelpful.

“I want to show refugees’ experiences where people
are the subject of the story, not objects of pity; agents of their own life,
not victims of their circumstances,” she said.

Abdelrazaq also wants to portray how diverse groups
of the extensive Palestinian community view the diaspora.

“I want to show firsthand accounts of diaspora and
what that means for us,” she said, adding that she also wants to enter into
conversations with other Arab and diaspora artists about the different
experiences of being Palestinian or Arab moving the conversation beyond a
“Palestine/Refugees 101” narrative and, “into a more nuanced conversation about
what diaspora looks like for different segments of the global Palestinian
community.”

She stressed that there are so many ways to embrace
the Palestinian nationality and so many experiences that accompany it.

“The experience of being Palestinian is vastly
different for someone living in the West Bank, ’48, the camps in Lebanon or
Syria, or in the diaspora in Europe, North America, South America and other
places around the world,” she said. “None of these experiences are more
‘legitimately’ or ‘authentically’ Palestinian than another, they are just different.”

Abdelrazaq had the chance to visit Palestine twice
since the publication of her first book— once for the Palestine Festival of
Literature and another to work with the Tamer Institute at the Palestine
International Book Fair.

“Baddawi” was shortlisted for the 2015 Palestine
Book Awards in London. Abdelrazaq also spoke at the American University of
Beirut as part of its Arab Comics Symposium in 2015.

As for her exhibition at the Arab American National
Museum, Abdelrazaq said she hopes attendees recognize that comics are not
merely for children, but are active storytelling tools that can benefit readers
of all ages. She described this medium as useful for activism.

The showcase includes graphics from her zines and
comics, which consist of “Baddawi” and her short comic “Mariposa Road.” The
short comic connects the hardships of unregistered immigrants with the vague
essence of Palestinian citizenship.

Some of her other works shine a light on political
movements like the #Arabs4BlackPower movement and the fight to free Palestinian
activist Rasmea Odeh, who was convicted of lying on a naturalization
application when asked if she had ever been imprisoned.

Abdelrazaq’s work has also been
attacked by some media outlets.

While
sketching for a project on immigration and borders last December at the
U.S./Mexico border in Arizona, U.S. Customs and Border Protection agents
detained her because of the Arabic notes they noticed in her sketchbook.

She said
the notes were actually making fun of her chapped Arabic. They released
Abdelrazaq four hours later without any charge.

“It was scary and confusing,” she said. “But, scarier was the
aftermath because there was a big stir in the right wing media about it. The
racism Middle Eastern/Muslim people or people who are perceived to be Middle
Eastern/Muslim are facing today is not just a result of outwardly bigoted
candidates like Donald Trump. It’s a result of the climate created in this
country for the past 15+ years and the ‘war on terror’ that my generation has
grown up dealing with.”