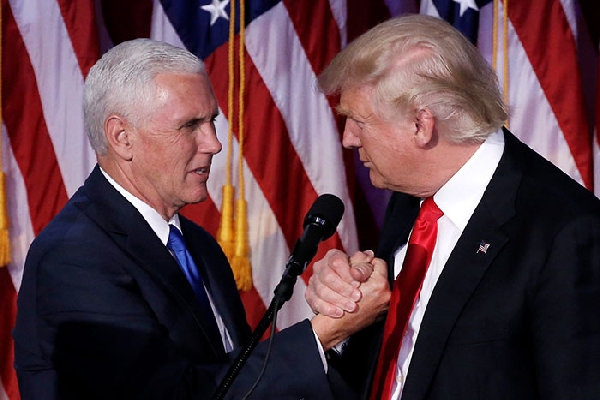 The unthinkable happened.
Donald Trump was elected against the odds. The man who suggested placing Muslim
Americans in a database and proposed banning Muslims from entering the country
will be the next president. And all Americans must live with it and bow to the
democratic process.

There is no doubt that
Trump has expressed bigoted, racist and misogynistic rhetoric on the road to
the presidency. But he also tapped into some legitimate anger that Americans
have against lack of economic opportunity and Washington’s utter ineptness,
highlighted by Congress’ dismal approval ratings.

The president-elect has
pursued a conciliatory tone since his perplexing victory on Tuesday. However,
Trump cannot take back the words and proposals that have harmed the most
vulnerable communities in this great nation. He has called undocumented
immigrants rapists. He has blamed even legal immigrants for the country’s
financial hardship. He has promised to send back refugees. He has scapegoated
Muslims and communities of colors.

These statements have
emboldened dark forces in American society and empowered the White supremacist
alt-right.

While Arab and Muslim
communities must have faith in the U.S. Constitution and institutions, they
must be prepared to stand their ground — not only against President Trump, but
also against some of his supporters who have proved racist and vile.

Despite his dovish
acceptance speech, Trump’s cabinet boasts potential names of some of the most
bigoted, extreme American politicians of the 21st century.

While the Obama Justice
Department has modestly fought discrimination, the likely incoming attorney
general, Rudy Giuliani, unconstitutionally started mass surveillance of New
York City’s Muslims when he was mayor. Newt Gingrich has said the Palestinian
people are invented and proposed testing Muslims and deporting those who
believe in Sharia law. He is poised to be secretary of state. Trump’s likely
chief of staff? Stephen Bannon of Breitbart, a go-to news website that’s a hub
of racism, misogyny and conspiracy theories.

That’s why backing civil
rights organizations, building coalitions and maximizing political engagement
are paramount for the well being and survival of the community over the next
four years.

Pointing out Trump’s
glaring and dangerous flaws does not mean questioning his legal legitimacy. He
did win the election. As the community should be ready to resist, it should
also be ready to cooperate with a Trump administration in a framework that
ensures civil liberties and Constitutional rights of all Americans. It is up to
Trump to assure the nation of what he said in his victory speech — that he will
be a president of all Americans.

We know that Arabs,
Muslims, immigrants, Latinos and other communities are rightly anxious and
disappointed. But fear will not increase safety or bring change. These groups
should work together and do what it takes to make sure that the executive
branch is held accountable.

We, too, are disheartened
that our fellow Americans voted for such a candidate. We are also unsatisfied
with the media that paved the way for Trump’s infamy and the Democrats who
failed to be a party of the people. The Democratic National Committee is
directly responsible for the outcome of the election. Facing a demagogue who is
claiming to be running against the system, the DNC favored Hillary Clinton in
the primaries to hand her the nomination. The former secretary of state is in
no doubt an accomplished politician, but her experience in Washington worked
against her because she embodied the Washington elites loathed by the masses.
Bernie Sanders could have soundly defeated Trump, but the Democratic Party
never gave him a chance.

But hindsight — the would
have, could have, should have logic —cannot ensure the safety and rights of all
Americans.

Trump should revisit his
rhetoric. We also call on Congress, both Republicans and Democrats, to keep the
president who had demonstrated lack of regard for the U.S. Constitution in
check. We also urge law enforcement agencies across the country to ensure the
protection of all citizens and work diligently to combat and prevent hate
crimes.

One positive takeaway from
this seemingly tragic election is that the Arab American community voted in
large numbers, with the turnout exceeding 50 percent in some predominantly east
Dearborn precincts, matching the national average.

The community should build on that momentum as we move forward.