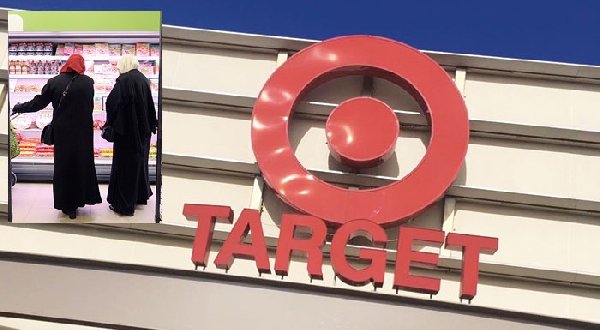 DEARBORN — A string of racist episodes and hate crimes broke out across America right after Donald Trump’s presidential election on Nov. 8, causing minority groups to assemble in an effort to shield each other.

To many citizens, the president-elect’s campaign slogan, “Make America Great Again”, took the country back to its years of discrimination and sexism, when equal rights and liberation had not yet been established.

During his campaign, Trump used rhetoric that objectified women, at one point calling Democratic nominee Hillary Clinton, “such a nasty woman.” A video of him surfaced in which he can be heard bragging about groping women, but to some his actions may have spoken louder than words as more than a dozen women alleged he sexually assaulted them.

Trump’s assertions and suspected assaults may have encouraged an elderly man in Troy to shout ethnic slurs at and assault a Chaldean woman this month.

Also, the president-elect spoke against Muslims during the campaign with hopes of achieving “a total and complete shutdown” of Muslim refugees fleeing to the U.S. He targeted Mexican immigrants as well, claiming that he plans on building a border wall so that the Mexican government can no longer send, as Trump claimed, its worst people to the U.S.

His ideas resonated after the election with students at the University of Michigan and at a middle school in Royal Oak. One intoxicated university student threatened to light a Muslim woman in a headscarf on fire if she didn’t take it off, while the other case involved middle school students chanting “build that wall” during lunch.

After being prompted by Lesley Stahl of “60 Minutes” last Sunday,  Trump told those who were attacking minority groups to “stop it.”

This Wednesday, in an interview on Fox News, Carl Higbie, a Great America PAC representative, mentioned that the internment camps are a “precedent” for the President-elect’s planned Muslim registry system.

Trump’s rhetoric and future projects continue to stir fear in minority groups, but also increase the organizing and respect for each other.

Mostly local Muslim women in the community have experienced or witnessed firsthand discrimination after the election and hope to stand together with other minorities to fight such actions.

The Arab American News spoke to two women about their encounters and to Dawud Walid, executive director of the Michigan chapter of the Council on American-Islamic Relations, about his post-election observations and advice.

Dana Mohammad, a 21-year-old Muslim woman wearing the hijab, shared her first encounter with hate on Facebook the day after election. The post saddened many friends and non-friends who came across it— but also enthused love and support.

She said as she was pumping gas at her neighborhood gas station, a man getting ready to leave in his pick-up truck saw her and started spewing slurs.

“He rolled down his window and berated at me, instead of driving off,” she told The AANews. “‘Take that shit off your head, this is my country now, bitch.’ I sat in my car for about eight minutes, in tears, trying to comprehend exactly what had just happened to me.”

Mohammad said she had practiced self-defense and carries pepper spray with her at all times, but at the time of the incident she felt vulnerable.

“These types of attacks are unfortunately expected in our racist, Islamophobic political climate,” she said. “But I was still unprepared to deal with it when it finally happened to me. Fortunately enough, this incident did not end violently as others have been experiencing.”

Mohammad added that she would never obey “ignorant rhetoric” and that her hijab denotes a woman’s stand against injustice.

Amanda Saab, a Dearborn native and former contestant on “Master Chef”, shared her experience at the Target in Dearborn Heights with her friends and fans on Facebook as well to shine a light on post-election hate and encourage minorities to come together.

“I experienced today what I hoped and prayed I would not,” she wrote. “I saw before me the consequences of Donald Trump’s America. As I was being rung up, an elderly Black woman using a motorized scooter cart accidentally bumped the cart belonging to a White woman standing behind me.”

She said the African American woman instantly stopped and apologized, but the White woman replied with a comment under her breath.

“The only words I could make out of her response were ‘Black bitch,'” she noted. “The elderly Black woman also heard these words, but wanted to confirm and asked, ‘Excuse me?’ And again I heard these words piercing my ears and my heart: ‘You are a Black bitch.'”

Instead of walking away, Saab stepped up to defend the Black woman.

She told the White woman, “it was an accident and she apologized. There’s no need for such language.”

However, Saab said the clash worsened, yet she didn’t give up pleading.

“I was finally able to walk the elderly Black woman to another line,” she wrote. “And I just kept repeating, ‘She’s not worth the trouble. I am with you.’ I went back to finish my own transaction and left the store shaking. The adrenaline came crashing and I could not stop the flow of tears.”

Dawud Walid told The AANews that racism and hate incidents are a “continuation of what’s been going on.

“There’s no doubt about it that there’s a national spike in hate incidents since Election Day,” he said. “There’s been issues that are taking place against African Americans, Jewish Americans, Latino Americans and Muslims of various ethnic groups. And particularly, women who wear hijab have been a main target.”

He said that this is a time minorities need to be cautious. Walid advised them to pull out their phones, call the police or record if unable to escape and not to walk alone.

“If someone gets in one’s personal space, they should back up and pick up the phone and call the police,” he said. “If someone is making hateful comments and one is not able to get away from them at the time, pull out the smart phone and video record their comments. Muslim women who wear hijab, particularly on college campuses, should use the buddy system at this time and not walk around alone if possible.”

He explained that not one place is safer than another and that Muslims must communicate with other minorities and also White people with good intentions.

“There’s no safety in the margins,” he said. “American Muslims who reside in Dearborn or outside must engage with other communities of color in particular, as well as well-meaning White Americans, because we cannot protect ourselves all by ourselves.”

Saab advised minorities to be alert of their surroundings and not preoccupied with their phones in social settings. She said minorities need to know their rights and step up for themselves or others in discriminatory situations.

“I think it’s important to know your rights and be ready to speak out confidently if you or someone around you experiences discrimination,” she said. “We always have hope for a better future for all Americans. We have to be more unified; we must get to know our neighbors and advocate for their needs, as well. Together, we can make the changes we hope to see.”

Mohammad also advised minorities to stand side by side in this time of hatred.

“Let’s stick together,” she said. “Let’s take care of one another and let’s mobilize to protect our communities from hate.”