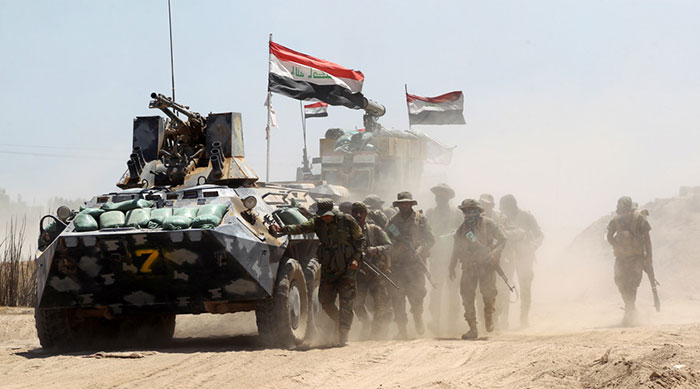 Taking the western side of Mosul, which remains under the jihadists' control, should not be more difficult than the one on the eastern side, Lieutenant-General Abdul Ghani al-Assadi told Reuters

MOSUL — Most ISIS commanders in Mosul have been killed in battles with Iraqi government forces that raged over the past three months in the eastern side of the city, an Iraqi general said on Thursday.

The fight to take the western side of Mosul, which remains under the jihadists’ control, should not be more difficult than the one on the eastern side, Lieutenant-General Abdul Ghani al-Assadi told Reuters before embarking on a tour of areas newly retaken.

Assadi’s Counter-Terrorism Service announced on Wednesday that almost all of the city’s eastern half had been brought under government control.

“God willing, there will be a meeting in the next few days attended by all the commanders concerned with liberation operations,” he said, replying to a question on when he expects a thrust into the western side of Mosul to begin.

“It will not be harder than what we have seen. The majority of (IS) commanders have been killed in the eastern side.” He did not give further details.

Since late 2015, government forces backed by U.S.-led coalition air power have wrested back large amounts of northern and western territory overrun by ISIS in a shock 2014 offensive.

On Thursday, regular Iraqi army troops captured the Nineveh Oberoy hotel, the so-called “palaces” area on the eastern bank of the Tigris and Tel Kef, a small town just to the north according to military statements in Baghdad.

The army is still battling militants in al-Arabi, the last district which remains under their control east of the river, said one of the statements.

Over 50 watercraft and barges used by ISIS to supply their units east of the river were destroyed in air strikes, the U.S. envoy to the coalition, Brett McGurty, tweeted.