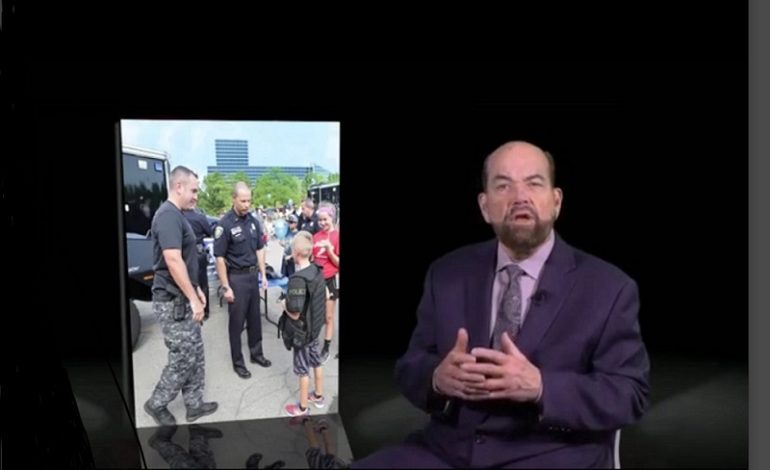 DEARBORN —Mayor Jack O’Reilly delivered his annual state of the city address through a five-part daily video series, Feb. 12-16, that discussed the successes and development of some of Dearborn’s major components — the fire department, police department, economic development, neighborhoods and his vision for Dearborn’s future.

“The formality of the presentation was an obstacle in the past,” O’Reilly said in the first video. “So this year we’re breaking up the traditional state of the city speech into five short segments.”

The videos were shared on the city of Dearborn Facebook page and website, in the hope that it’d be an easier way for residents to gather information.

O’Reilly started off discussing the accomplishments of Dearborn’s fire department.

“The merger with the Melvindale fire department in August of 2013 is one of its noteworthy achievements,” he said. “This merger has added greater depth to the emergency coverage in both of our communities.”

O’Reilly also talked about the state-funded consolidated dispatch center led by the fire department, with support from the police department.

The grant funds new radio technology for officers and firefighters to communicate with each other and with other cities and agencies in any crisis. According to O’Reilly, the center helps better response time.

“Having more dispatchers in Dearborn at any given time means a greater capacity to respond to individual situations in our community and broader deployment in regional incidents,” he said.

Other accomplishments he discussed include the department’s new fire training academy and the installation of free smoke alarms in Dearborn homes over the next two years.

The department has also partnered with Beaumont Hospital to begin an effective treatment for cardiac patients as soon as possible.

As for the police department, which O’Reilly discussed in the second video, he said crimes “have continued to drop in Dearborn another 2 percent in 2016.”

“We have an excellent police department, not just because of our use of advanced technology, or our intensive training or our special operations team,” he said. “Our most effective tool is building relationships within the community and with all groups whom we interact with.”

O’Reilly said the city has increased school resource police officers from three to seven and tripled community and crime prevention meetings from 18 to 52.

He also discussed the resources available online that connect residents to the police— crimemapping.com for crime statistics, NEXTDOOR (social media application) and urgent news on Nixle.

“Along with the fire department, the police initiated another program that allows families to tell us about loved ones with special physical and mental disabilities,” he added.

In 2016, it joined “60 agencies taking a high visibility approach to improve safety on our roads and disrupt the criminal process,” O’Reilly said.

He also said officers carry anti-overdose medicine, which may save lives, and discussed the police department’s use of force.

“Through all of that intensive activity, our officers deployed use of force only 30 times,” he said. “That compares to a high of 200 incidents in 2008, so we’re pleased with a steady significant drop; but to achieve that kind of progress we need excellent and ongoing training.”

He explained that all officers will be sent to the University of Michigan-Dearborn to strengthen their abilities in a thorough program on alternatives to using force. The department is the first to take on such a program.

“I am confident that our public safety services are setting the pace,” he said.

In his third and fourth videos, O’Reilly addressed the city’s economic development, mostly focusing on Ford Motor Company. He said the city’s drive is to be the community that offers everything people need and more.

“Our strategy must include taking all the steps that we can to retain and recruit businesses that keep Dearborn a desirable destination,” he said.

According to the mayor, the city’s commitment to redevelopment played a role in Ford Motor Company’s decision to invest $1.2 billion in its Dearborn campus over the next 10 years.

“Our initiatives were also an important factor in Ford’s $60 million landmark project, already underway in our west downtown,” he said, adding that Ford is attracting the same millennials and professionals the city seeks.

O’Reilly added that the city is supporting the plan by constructing a 373 space parking deck, improving infrastructure utilities and streetscaping in an effort to benefit the west downtown area.

He also said the city plans on launching a marketing campaign— led by the east and west Dearborn downtown development authorities— in an effort to inform people about the great business opportunities available and to draw customers.

“Nowhere is it more important for us to focus our resources than on our neighborhoods,” he said. “Plenty of evidence confirms that our efforts have paid off— strengthening your home values.”

The city will plant 600 trees each year as part of a beautification project, along with improving air quality and increasing property value.

“It’s a huge endeavor, but we are making great progress,” O’Reilly said. “Now, after this project is completed, most of neighborhoods will have newer streets, newer water mains and newer separated sewers.”

He said basement backups will less likely happen because of that; and if they do happen, they won’t be mixed with sewage water.

In his final video, O’Reilly said the key to a bright future for Dearborn is “our sacrifices, efforts and unrelenting focus to meet our goal.

“And so, together, let’s use the proud platform that we’ve built to reach the greater heights in the future and to realize our vision of being the city that offers everything you need and more than you would expect,” he said.