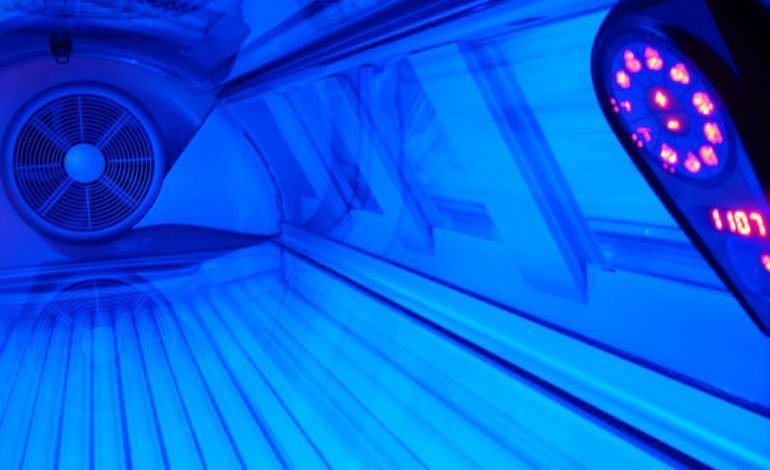 DEARBORN — People like to take care of their skin and look good no matter their age, but what if they’re using procedures with serious health repercussions?

In her article, “The Dangers of Tanning Beds”, published at Doctoroz.com, Dr. Susan Evans revealed that the negative effects of tanning booths— which have been popular in the community for years— are no different than the results of a sunburn.

“Tanning is an indication that your skin has been exposed to UV radiation, none of which is known to be safe,” said Evans, a dermatologist.

Evans pointed out that both UVA and UVB rays cause cancer and that regardless of what tanning salons tell a client, tanning beds emit rays beyond “safe” UV limits.

She said UV radiation harmfully affects the immune system and that a mere burning tan can actually increase the risk of developing melanoma— a severe skin cancer.

“Teens are at special risk [of developing skin cancer] because their bodies are undergoing such accelerated growth rates that their cells are more prone to the damage of the UV radiation,” she added.

The former and the incessant tanners

The AANews spoke to two Arab Americans about their thoughts on tanning and its repercussions.

According to one Dearborn resident, who asked to be called Ahmad, it’s quite addictive.

Now in his late 20’s, Ahmad said he started tanning at around 21-years-old. At first, he’d go only once a month until his visits increased to three times a week.

“I was aware of the hazards of tanning,” he said. “The fact that even my sister, who was tanning every day, was diagnosed with early stages of melanoma; but thankfully she got surgery and they got rid of it. Even from that point forward, knowing that, I still tanned.”

He later realized his skin had developed acne and dark spots because of his frequent visits to the tanning booth.

“My skin was really exhausted to the point where it almost felt leathery,” he said. “So I decided to stop completely.”

He said the aftermath is not worth it and advised young people to tan naturally.

“I’m not going to say I’m never going to tan again,” he said. “I would say the best form of tanning is a natural tan. I stopped going to the tanning booth, but during the summer I still like to lay out and wear a lot of sun block.”

Ahmad said those who think they won’t retain a tan if they wear sunscreen are wrong because it’s just there as a defense mechanism. He also said salon owners are partly responsible for the tanning addiction because they offer packages that allow unlimited tanning.

“Those incentives drive people to go tanning over and over,” he said. “It can turn into an addiction for some people.”

Another Dearborn resident, who wants to be called Lana, said she’d pay $100 for unlimited tanning each month.

“I feel like it’s just in and out and you have the color you want,” she said. “In a week, I get the color and then after that I just go a couple times a week to maintain the color.”

Once she gets the tan she wants, she doesn’t buy the package again until she loses the color.

Now in her early 30’s, Lana has been tanning since she was 14-years-old. She said she knows that it can cause skin cancer, but does not let that risk interfere with her decision. She explained that there are risks in everything in life.

“This is how I look at it,” she said. “My dad was very healthy and took care of himself very well, but still got cancer. There’s nothing that can prevent you from getting a disease.”