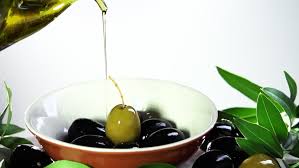 Twelve people with links to the ‘Ndrangheta, the organized crime group based in the southern Calabria region, were arrested on a series of charges including mafia association and fraud, police said in a statement.

The gang shipped cheap olive pomace oil to the U.S. where it was re-labeled as the more expensive “extra virgin” variety, prized for its rich taste and health benefits, and distributed as such to retail stores in New Jersey, they said.

Italian crime syndicates earned an estimated 16 billion euros ($16.85 billion) in 2015 through illegal activities in the agriculture sector, up from 15 billions in 2014, according to Italy’s agricultural association, Coldiretti.

In 2015, crime groups forced more than 100,000 Italians and migrants to work long hours for little pay in fields across the country, according to a report by Italian General Confederation of Labor union (CGIL).

Police said they found no evidence of labor exploitation linked to the fake olive oil scheme, which saw at least ten tonnes of low quality oil, in some cases past sell-by date, sent to the United States.

It costs about a tenth of the Italian made extra virgin variety, which sells at about 10 euro a liter, according to David Granieri, the head of Italian olive growers’ association UNAPROL.

Granieri said counterfeit food products posed health risks, as they might contain allergens not indicated on the label, and damaged the reputation of Italian delicacies.

Honest producers, who rely on a perception of luxury to sell at higher prices aboard, also suffered from cheap fake products at a time of low oil production, he added.

“They (the crime groups) are drugging the system,” he told the Thomson Reuters Foundation by phone.

Police said they had been in touch with U.S. authorities on the case.

Italy has long struggled against counterfeiting of its prized culinary goods, and police estimate the domestic market for fake foodstuffs is worth around 1 billion euros ($1.1 billion) a year.