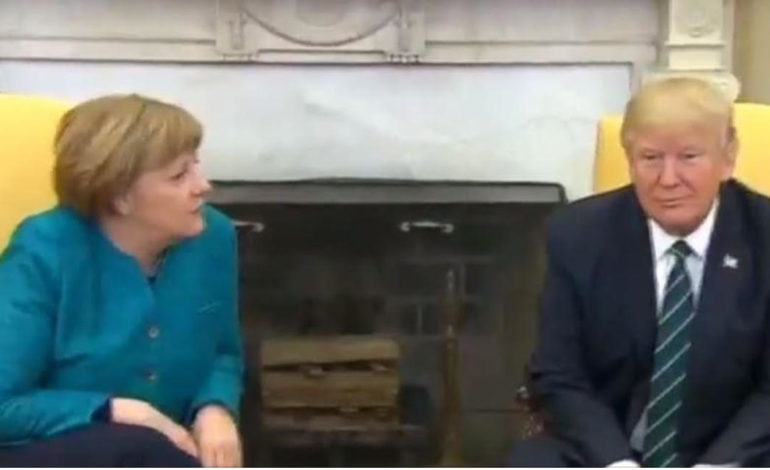 WASHINGTON, DC –  On Friday, President Trump greeted German chancellor Angela Merkel with a handshake upon her arrival to the White House, but appeared to ignore requests to do so as the pair sat together in front of cameras.

The pair had an awkward meeting that could help determine the future of the transatlantic alliance and shape the working relationship between them as two of the world’s most powerful leaders.

The president allegedly refused to shake Merkel’s hand during the joint appearance before photographers and television cameras at the White House.

In footage, photographers are heard calling for the two to shake hands. Merkel was heard saying: “Do you want to have a handshake?”

As the screenshot shows, Trump briefly turned towards her with his hands clasped together.