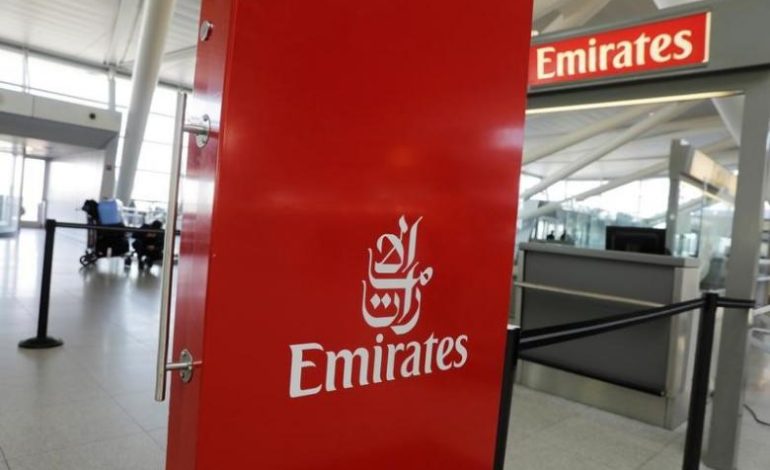 Since taking office, Trump has signed two executive orders banning refugees and citizens from several Muslim-majority countries from visiting the United States. Although both moves were blocked by U.S. judges, some travelers have been deterred.

The U.S. administration also introduced new security measures in March banning electronic devices larger than a mobile phone from being taken into aircraft cabins on direct flights to the United States from several Middle East locations.

“The recent actions taken by the U.S. government relating to the issuance of entry visas, heightened security vetting and restrictions on electronic devices in aircraft cabins have had a direct impact on consumer interest and demand for air travel into the U.S.,” an Emirates spokeswoman said.

“Over the past three months, we have seen a significant deterioration in the booking profiles on all our U.S. routes, across all travel segments,” the Emirates spokeswoman said.

Rival carrier Etihad Airways said it had not seen any significant change in demand and had no plans at present to reduce flights to the six U.S. cities it serves.

Fellow Gulf carrier Qatar Airways had no immediate comment when asked about any plans it had for its U.S. routes.

Emirates, based in Dubai, flies to 12 U.S. destinations and has said it aims to serve 15 U.S. locations by 2018. Emirates Chief Commercial Officer Thierry Antinori would not comment when asked on Tuesday if that target could change due to the restrictions imposed by the Trump administration.

Under changes announced in a statement on Wednesday, Emirates said direct flights to Fort Lauderdale and Orlando would drop to five a week in May from daily flights, while Seattle and Boston flights would be reduced to a daily service in June from two a day.

Twice daily Los Angeles flights would also be reduced in July to one a day, Emirates said.