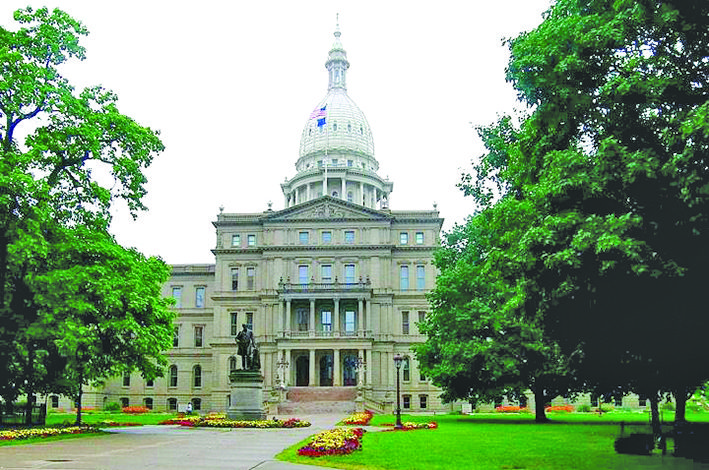 LANSING — An anti-sharia law bill is being proposed in the Michigan House of Representatives, in response to news about Jumana Nagarwala, the Detroit physician charged with mutilating the genitalia of two 7-year-old girls from Minnesota.

The bill (S-1386) was proposed by Rep. Michele Hoitenga (R-Manton) last Monday, whose district include the Big Rapids and Cadillac metro areas, to “prohibit the practice of foreign laws, including sharia law,” she wrote in an internal memo.
Hoitenga said although the bill does not use the words “sharia law,” it aims to reinforce existing federal laws.

Representatives Abdullah Hammoud (D-Dearborn) and House Democratic Whip Jeremy Moss (D-Southfield) launched a campaign in the House against the proposed legislation, calling it discriminatory and unnecessary.

“Anything that is illegal in Michigan and/or the United States would still be illegal, regardless of other countries’ laws,” Hammoud wrote in an email to House members.

Hammoud pointed to a 1996 federal law outlawing female genital mutilation and imposing a five year prison sentence. In 2013, the Transport for Female Genital Mutilation Act amended this law to outlaw “vacation cutting”, the practice of taking a girl overseas for the procedure.

He added that the bill is offensive as it uses a real issue that is affecting girls to push an “anti-Muslim non-issue.”

“There is no need to create another law to outlaw something that is already prohibited,” Hammoud said in a joint press release with Moss on Thursday. “This bill is simply a xenophobic, Islamophobic attack on Michigan’s Muslim community, which already abhors the practice of mutilation and does not want to be identified with it.”

Hammoud also cautioned in the email that the bill’s blanket prohibition on courts to consider any foreign law could affect those dealing with common legal matters such as alimony, divorce or adoption, if they involve international law.

Rep. Moss said the proposal could end kosher slaughter of animals for Jews or criminalize 13-year-olds who drink a cup of wine during their bar mitzvah ceremony.

The Council on American-Islamic Relations (CAIR-MI) also condemned the proposed legislation in a press release on Thursday, reaffirming its position against FGM.

In a letter to the editor of The Detroit News, CAIR-MI Executive Director Dawud Walid said while FGM is practiced by a small percentage of people around the world from various religions and backgrounds, the practice needs to stop.

During an April 10 court hearing, Nagarwala’s lawyer said she only performed a religious procedure that involved removing skin and burying it in the ground. The judge disagreed.”There is clear and convincing evidence that [Nagarwala] poses a danger to the community,” said U.S. Magistrate Judge Mona Majzoub, who ordering Nagarwala’s imprisonment without bond until her trial.

The court hearing revealed that Nagarwala belongs to a small group of Shi’a Muslims connected to a mutilation scandal in Australia two years ago.