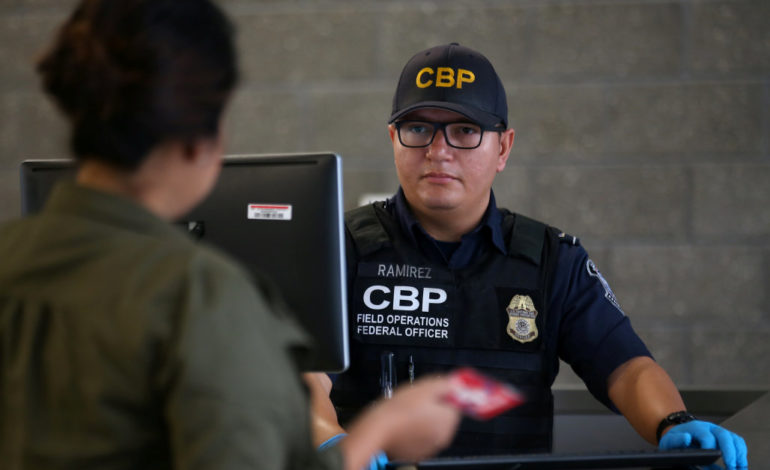 WASHINGTON-The Trump administration has rolled out a new questionnaire for U.S. visa applicants worldwide that asks for social media handles for the last five years and biographical information going back 15 years. The new questions, part of an effort to tighten vetting of would-be visitors to the United States, was approved on May 23 by the Office of Management and Budget, despite criticism from a range of education officials and academic groups during a public comment period. Critics argued that the new questions would be overly burdensome, lead to long delays in processing and discourage international students and scientists from coming to the United States. Under the new procedures, consular officials can request all prior passport numbers, five years’ worth of social media handles, email addresses and phone numbers and 15 years of biographical information, including addresses, employment and travel history. (bit. ly/2qBSrpv) Officials will request the additional information when they determine “that such information is required to confirm identity or conduct more rigorous national security vetting,” a State Department official said on Wednesday. The State Department said earlier the tighter vetting would apply to visa applicants “who have been determined to warrant additional scrutiny in connection with terrorism or other national security-related visa ineligibilities.” President Trump has vowed to increase national security and border protections, proposing to give more money to the military and make Mexico pay to build a wall along the southern U.S. border. He has tried to implement a temporary travel ban on people from six Muslim-majority nations that a U.S. appeals court refused to reinstate, calling it discriminatory and setting the stage for a showdown in the Supreme Court. The Office of Management and Budget granted emergency approval for the new questions for six months, rather than the usual three years. While the new questions are voluntary, the form says failure to provide the information may delay or prevent the processing of an individual visa application. Immigration lawyers and advocates say the request for 15 years of detailed biographical information, as well as the expectation that applicants remember all their social media handles, is likely to catch applicants who make innocent mistakes or do not remember all the information requested. The new questions grant “arbitrary power” to consular officials to determine who gets a visa with no effective check on their decisions, said Babak Yousefzadeh, a San Francisco-based attorney and president of the Iranian American Bar Association. “The United States has one of the most stringent visa application processes in the world,” Yousefzadeh said. “The need for tightening the application process further is really unknown and unclear.”