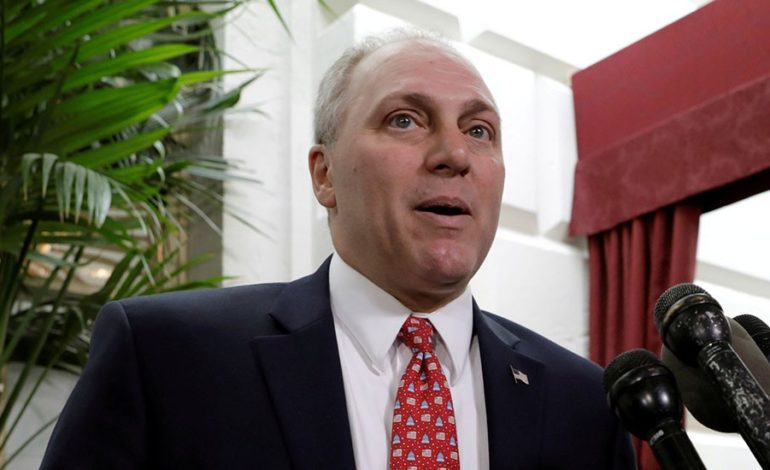 A gunman opened fire on Wednesday on Republican U.S. lawmakers practicing near Washington for a charity baseball game, wounding senior Republican leader Steve Scalise and several others before being fatally shot by police.

The shooter fired repeatedly with a rifle at the baseball field in Alexandria, Virginia, before being wounded in a gunfight with Capitol Hill police who were at the scene, lawmakers said.

Scalise, No. 3 in the House of Representatives Republican leadership, was shot in the hip. He was tended to by fellow lawmakers including Brad Wenstrup, an Ohio congressman who is a physician, before being transported to a hospital.

Also wounded were one current congressional staffer and one former staffer. Two Capitol Hill police officers were hospitalized after the incident but it was not clear if both were wounded by gunfire.

The gunman, identified by a senior U.S. official as James Hodgkinson from the St. Louis suburb of Belleville, Illinois, died of his injuries. Media reports said Hodgkinson, 66, owned a home inspection business.

His social media presence indicated he was strongly opposed to Republicans, including President Donald Trump. Police and the FBI said it was too early to determine a motive in the shooting or whether the attack was an attempted political assassination.

Trump announced the gunman’s death and called Scalise, a 51-year-old Louisiana congressman, a good friend. Speaking at the White House, Trump said Scalise was “badly injured” but in stable condition and would recover.

“He’s a patriot and he’s a fighter. He will recover from this assault,” Trump said.

Trump, who has been in office since January, also called for unity at a time of sharp political divides in America, saying, “We are strongest when we are unified and when we work together for the common good.”

Hodgkinson had raged against Trump on social media and was a member of many anti-Republican groups on Facebook including “The Road to Hell Is Paved With Republicans,” “Terminate The Republican Party,” and “Donald Trump is not my President,” a search of what appeared to be his profile showed.

Some 25 to 30 Republican members of the House and Senate had gathered for an early morning practice a day before the annual charity congressional baseball game pitting Republicans against Democrats, said Representative Mo Brooks of Alabama. The game is scheduled to be played at Nationals Park, home of the Washington Nationals Major League baseball team.