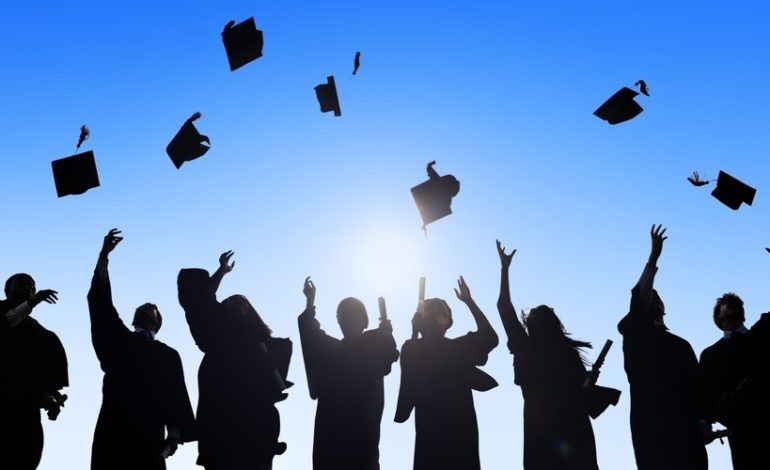 DEARBORN — Last week, 1,369 students of diverse ethnicities and backgrounds graduated from the Dearborn Public School District on one path— success.

“All of our high schools have been recognized for preparation of students for college and beyond by several outside groups,” he said. “A 93 percent grad rate is the highest ever. That means there’s 7 percent improvement that we still have to make.”

He added that the highlight of the year is the students’ success and that it feels good to see the community’s support and the fast growth of the district.

“I’m very proud of the district, proud of the students and there’s a lot for people to be proud of here,” he said. “Our students are going to be the future, not only in Dearborn, but our country. The future is bright.”

Of the 606 Fordson High School students who graduated this year, 146 have been offered a combined $3 million in scholarships.

Of the 443 Dearborn High School graduates, 121 earned an overall 3.7 million dollars in scholarships

Some have been accepted to Ivy League schools, but don’t plan on leaving the state. The Lebanese American student graduated with a 4.45 cumulative GPA and got accepted to all four universities. He even visited Harvard, but couldn’t help but choose the same university as his three older siblings did.

Hamid received the Brehm scholarship, a full-ride to the University of Michigan only offered to Fordson students,
and will be attending in the fall.

“Ever since I was little, I loved the University of Michigan,” he said. “As I grew older, I was able to visit it, see the campus, the programs, the professors… Everything just made it a great fit for me.”

Hamid has not yet decided on a major, but he said it will definitely be one of the natural sciences.

“I truly loved being a part of Dearborn Public Schools,” he said of his experience, adding that he never took a day for granted. “I really believe that they’ve built an environment for all to succeed.”

Hamid said he thanks his parents and siblings for “creating a great home environment” and his friends, administrators, teachers and counselor for supporting him along the way. Valedictorian Hani Elhasan of Dearborn High, also a Lebanese American, graduated with a GPA of 4.4115 and was accepted to the University of Michigan, U of M-Dearborn and Wayne State University. U of M’s Dearborn campus awarded him a full ride, but he’s heading to Ann Arbor instead as a chemical engineering major.

“The best part about Dearborn Public Schools was the Arab community that you can’t find anywhere else,” he said. “But, there is a lot of work that has to be done in terms of providing kids with opportunities.”

Elhasan, 17, also thanked his parents for all their support as well as his grandfather, who instilled the importance of education in him.

“He’s really one of my biggest role models and mentors,” he said.

He also gives credit to his freshman year Language Arts teacher, Dr. Amira Kassem, who he says changed his perspective on education.

“She was my only A- in high school,” he said. “Since that point on, she changed my entire perspective on education… Until after her class, I realized it’s not about the grade you receive, but the knowledge you earn from a class.” Khalid Abdulshafi, 18, Edsel Ford’s valedictorian, graduated with a 4.375 cumulative GPA and will be studying engineering on a pre-medical track at the University of Michigan on the full ride Hail Scholarship.

“My biggest part of high school was being part of the Social Justice Club,” he said, adding that he was a member of the executive board. “That’s when I actually started getting involved in extra-curricular activities.”

He said he holds his parents in high esteem, valued their advice throughout his school years and will continue to
do so.

Abdulshafi, a Palestinian American, also said that his time at the Dearborn Public Schools allowed him to meet some of the most hardworking teachers who care about their students.

“It started with my teachers in elementary school,” he said. “They built the foundation for my education and have helped me every step of the way.”

He aims to set an example for his six younger siblings.

Next week, The AANews will profile graduates of Crestwood High School.