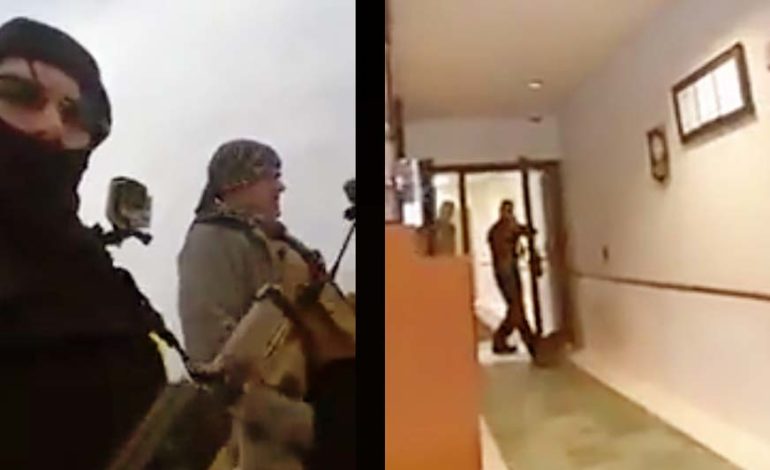 DEARBORN — Two men who entered the Dearborn Police Station armed with firearms and dressed in tactical vests and masks earlier this year were found guilty with felonies by a jury in the Wayne County Circuit Court on Thursday, July 7.

Police first arrested Brandon Vreeland, 40, of Jackson and James Craig Baker, 24, of Leonard on Feb. 5 after the pair recorded themselves walking into the station carrying visible weapons and hiding their faces with masks. Both Baker and Vreeland were found guilty of carrying a concealed weapons without a license. Vreeland was also fonus guilty with resisting and obstructing an officer and disturbing the peace. The trial was heard by Judge Mariam Bazzi in the Wayne County Circuit Court.

They will be sentenced on August 18.

Sergeant Carpenter of the Dearborn Police said at the time of the incident that the the defendants organized for others to carry out similar acts, and called the men “professional provocateurs.”

Carpenter added that authorities had investigated about 7,000 text messages between Vreeland and Baker about their “protests” and taking advantage of “Trumpophobia” by wearing full Muslim robes and carrying AK-47s at demonstrations.

“There’s discussion of having a death wish, making funeral arrangements and embracing the idea of being known as the public enemy,” Carpenter said.