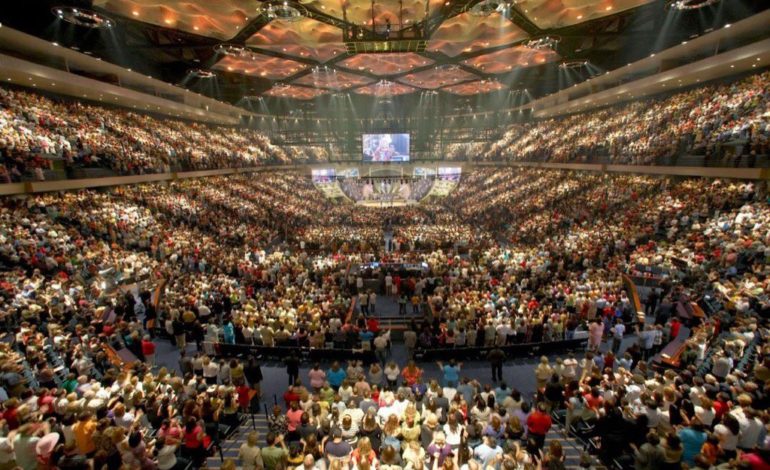 HOUSTON — A megachurch in Houston is facing a firestorm of criticism for closing its doors in the aftermath of Hurricane Harvey, which has caused catastrophic flooding and forced thousands to leave their homes.

An announcement on Facebook said Pastor Joel Osteen’s Lakewood Church had shut due to the storm and asked people to pray for those affected.

“Lakewood Church is inaccessible due to severe flooding! We want to help make sure you are safe,” the post read.

It included a list of resources for those affected by the storm, including the addresses for temporary shelters.

But some responded sceptically to the Facebook post, questioning why one of the largest churches in the U.S. – including a 16,000-seat arena – was not able to take in victims of Harvey.

Emily Timbol, an author who has written critically about homophobic views among conservative Christians, tweeted: “It doesn’t make sense why you’re not opening up your mega church to house Houston citizens, help me understand that. Jesus.”

Others criticised televangelist Osteen for not opening up his $10 million home in the upscale area of River Oaks to those desperately seeking shelter.

“Shame on Joel Osteen,” one person tweeted. “Jesus would open the doors and care for the needy.”

Osteen responded to the criticism in a statement quoted by ABC and the Atlanta Journal-Constitution.

“We have never closed our doors. We will continue to be a distribution center to those in need. We are prepared to house people once shelters reach capacity. Lakewood will be a value to the community in the aftermath of this storm.”

Others pointed out that mosques in the region are still open and offering people shelter, including the Islamic Society of Greater Houston’s 21 centres.

“If you went to @JoelOsteen’s church for shelter & found it closed, don’t worry, the Islamic Society of Greater Houston’s 21 mosques are open,” the @altNOAA account posted on Twitter.

More than 3,000 people have been rescued in Houston and the surrounding area since the storm hit, with many still waiting to be picked up.

At least nine people are reported to have died as a result of Hurricane Harvey, the worst storm to strike the US in 12 years.

The church posted a message to social media on Sunday saying it was inaccessible due to flooding and couldn’t serve as a shelter.

The pastor faced backlash when pictures appeared on social media claiming there wasn’t any flooding in or around the megachurch.

But other pictures – reportedly from inside the church – tell a different story, showing flooding inside the structure.

On Monday night, the church announced it would work with local officials to collect supplies for flood victims.