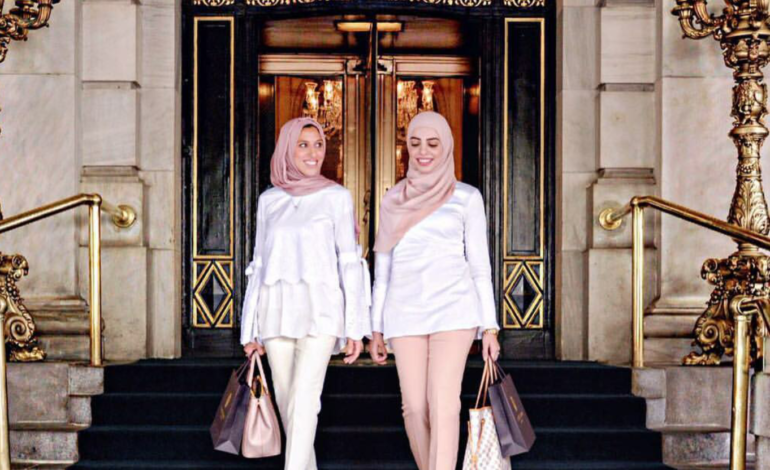 NEW YORK — The fashion industry has been dominated by women of a certain ethnicity, body type and style. Being a fashion icon or starting a line of clothing in the United States usually entailed clothing that caters to an audience flexible in terms of how revealing their line of clothing would be.

So where do Muslim women fit into the equation? Do they need to confine to societal norms? Or just stick to the basic conservative head scarf (hijab) and plain long dresses (abayas)?

Luckily for women everywhere, they now live in an age that makes everything possible through social media, which means that they are no longer confined to dressing either modestly or fashionably, thanks to the rise of “hijabi” bloggers and designers, they can be both modest and fashionable.

Elturk, besides being a successful designer, is an attorney who used to work for Wall Street and ended up quitting her job just to work full-time on her passion. She said she started her business out of necessity as a hijab-wearing woman herself.

She said she thought that it was difficult to find a beautiful hijab and knew she wasn’t the only hijabi woman who felt that way.

“It was a product that women were starved for, a social empowerment piece, so I started designing good quality, beautiful hijabs,” she told The AANews.

The drive to create something beautiful that also stood for her religious and traditional values led her to work hard to introduce her line.

Elturk started in 2010, primarily using Facebook to let people know about her business. Later, she expanded her outreach to include Instagram, which is a popular platform for bloggers and designer brands to reach their followers.

The only obstacle she faced was juggling her careers as an attorney and as a designer, but ultimately decided to pursue her designing career.

Asked what she’d say to young women who aspire to become successful designers, Elturk said they need to be super clear about their intentions.

“Leave your ego out the door because women of all styles need to be acknowledged,” she said.

Elturk’s business is 100 percent online, with 90 percent of it catering to customers in the United States and the remaining 10 percent to communities in the rest of the world.

When asked what made her want to become a fashion blogger, Heba Jalloul said she had to find ways to express herself fashionably when she put on her hijab, but still stay within Islamic guidelines.

“While I followed many fashion bloggers for inspiration, the USA was lacking in modest fashion bloggers specifically,” said Jalloul, now an iconic fashion blogger in the Muslim community. “Young girls didn’t have anyone they could relate to. This inspired me to help them connect with someone similar to them through my love for fashion.”

Jalloul’s following includes Christian and Jewish women who choose to dress modestly and get inspired by modest fashion, which shows the extent of the impact positive Muslim representation of women can have on the society where people from different backgrounds and traditional faiths can come together in fashion.

Asked about the obstacles she faced, Jalloul said that she had to work harder than non-hijab wearing bloggers for brands to work with her.

“I feel as though most people of color have to work a little harder in that aspect,” she said. “White women dominate the fashion and beauty industry, so finding your niche in the market and working towards your goals is very important to get where you want and stay on top.”

Jalloul’s advice to young Arab/Muslim followers who want to become established fashion bloggers is to just do it.

“It might seem scary at first, but if you’re doing something that you’re passionate about then you’ll succeed,” she said. “Consistency is key. Find your place and follow through with it. Take your most favorite thing about being a fashionable hijabi and connect with others over it.”

Jalloul was pursuing pre-med studies when she started blogging in 2012. She ended up changing her career path to fashion blogging, which she’s more passionate about.

“When you’re passionate about something, it comes to you naturally,” she said. “Don’t force yourself into a career, just because you think it’s what’s expected of you. Instead, do something you actually love.”