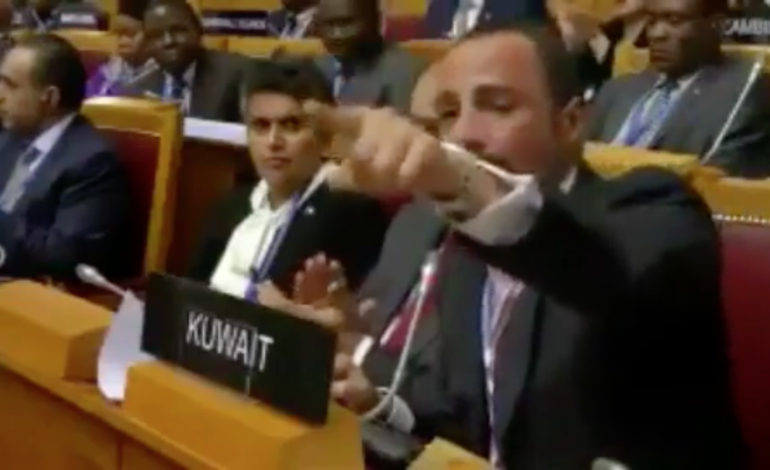 Marzouq Al-Ghanim of Kuwait, called the Israelis “oppressors” and “children killers.” The Israeli delegation packed its stuff and left the Summit

SAINT PETERSBURG, Russia – Kuwaiti delegation kicked the Israeli delegation out of the International Parliament Summit held this Wednesday in St. Petersburg, Russia. With crowds cheering for Marzouq Al-Ghanim, the Speaker of the Kuwaiti Parliament, who called them “oppressors” and “children killers.” The Israeli delegation packed its stuff and left the Summit.

Al-Ghanim said in his speech, “The Israeli delegation represents the most dangerous kind of terrorism, and that is state terrorism for imprisoning Palestinian lawmakers.”

Al-Ghanim in his remarks to the Israeli delegation said, “If you have no shame do as you please.” He added “You need to pack your bags and leave, oppressors and killers of children, if you have an ounce of shame, you would leave the hall.”

The Israeli delegation packed their belongings and left the hall in disgrace.