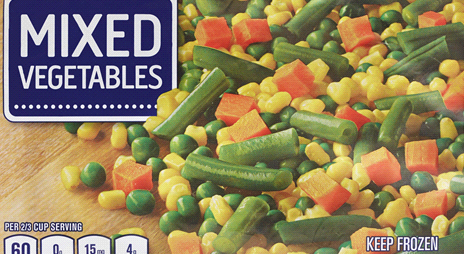 DEARBORN–A recall has been issued by Meijer Inc. for over 30 packaged produce items dating from September 27 through October 20. The items listed below may have been contaminated with listeria, and the items will are getting pulled from Meijer stores immediately.

Also in October, Trader Joe’s recalled a salad item, and Walmart had released a statement on recalled produce items from their store. The items from Walmart and Trader Joe’s were also contaminated with listeria.

The Center for Disease Control and Prevention (CDC) has stated that listeria is rarely diagnosed; Those infected with an invasive form of listeria (listeriosis), which is when the bacteria spreads beyond the gut, will experience various symptoms.

If pregnant, symptoms may include, fever and flu-like symptoms such as musle aches and fatigue. An infection while pregnant, as stated by the CDC, can lead to life-threatening infection of the newborn, premature delivery, miscarriage, or stillbirth.

For those not pregnant, symptoms may include fever and muscle aches as well as confusion, stiff neck, headache, loss of balance, and convulsions.

The CDC said that people who experience listeriosis have typically reported their symptoms between the first and fourth weeks of ingesting the contaminated food; there have been some reports of people experiencing symptoms as far out as 70 days from ingestion.

Anyone suspecting contamination should contact their primary care physician. Consumers may also contact Meijer regarding the recall at 800-543-3704.

For a list of recalled products from Meijer, visit https://community.meijer.com/meijer/b/recalls

For a list of recalled items from Walmart and Trader Joe’s, visit the FDA’s site at www.fda.gov/Safety/Recalls/ucm581389.htm