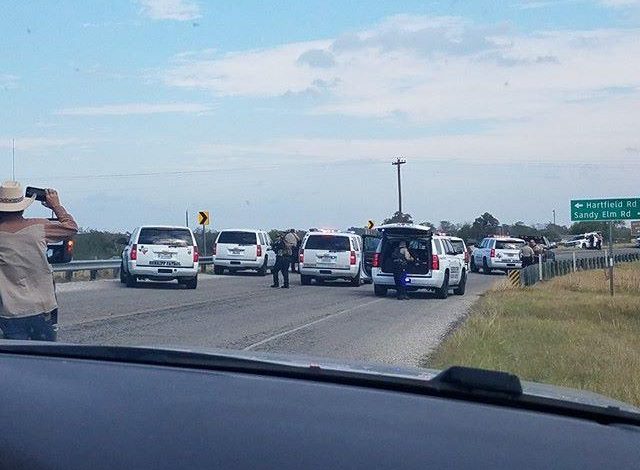 SUTHERLAND SPRINGS- A gunman entered a church in a small town in southeast Texas on Sunday and began firing, resulting in many fatalities and injuries, a county commissioner told Reuters.

Neither the suspect’s identity nor any possible motive were disclosed by authorities. The exact number of deaths and injuries was not disclosed.

“There are a number of fatalities,” said Wilson County Commissioner Larry Wiley in a phone interview with Reuters.

The massacre is the latest in a rash of mass shootings that have plagued the United States in recent years, stirring a national debate over whether easy access to firearms was contributing to the trend.

It comes just weeks after a sniper killed 58 people at an outdoor concert in Las Vegas, the deadliest mass shooting in modern U.S. history.

President Donald Trump said he was monitoring the situation while in Japan on a 12-day Asian trip.

“May God be w/ the people of Sutherland Springs, Texas. The FBI & law enforcement are on the scene,” he said on Twitter.

According the witnesses, about 20 shots rang out about 11:30 a.m. (1730 GMT) during the church services, according to media reports. It was unclear how many worshippers were inside at the time.

After the shooting, the suspect sped away in a car and was soon cornered by sheriff’s deputies just outside of Wilson County in Guadalupe County, Wiley told Reuters. He did not know if the shooter died of a self-inflicted gunshot or was killed by deputies.

The First Baptist Church is a fixture in Sutherland Springs, an area home to fewer than 900 residents, according the 2010 Census.