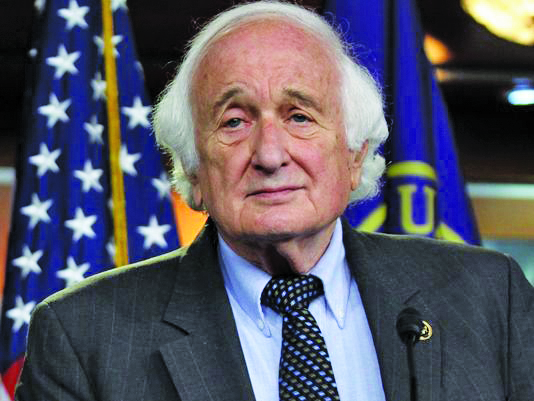 The 86-year-old Democrat will not run for reelection in 2018, but will instead join the University of Michigan’s Gerald R. Ford School of Public Policy, where he will continue to work on issues that have engrossed him in Congress, such as health care and trade issues.

“And I want to spend a lot of time talking to the next, next generation and trying to both instill a strong interest on their part in public service, and I hope to participate in the effort to create more public trust in government overall,” Levin said in an interview with the Detroit Free Press.

Levin is leaving after three decades of service, most notably from fighting to make sure Social Security isn’t privatized to securing a bailout for the domestic auto industry and overseeing the passage of the Affordable Care Act as the chairman of the powerful tax-writing Ways and Means Committee.

His departure from Congress at the end of 2018 is just the latest departure of veteran Michigan representatives, many of whom held powerful positions as the chairs of key committees, including U.S. Reps. John Dingell (D-Dearborn), Dave Camp (R-Midland), Candice Miller (R-Harrison Township), Dale Kildee (D-Flint) and Mike Rogers (R-Brighton). When they left Congress over the last six years, they had a combined length of service of 141 years and significant clout in the halls of the nation’s capitol.

In the last three election cycles, eight of Michigan’s 14 members of Congress have retired. Following U.S. Rep. John Conyers’ (D-Detroit) resignation from office because of a sexual harassment scandal, only U.S. Rep. Fred Upton (R-St. Joseph), would remain from Michigan’s congressional veterans with more than 10 years of experience in Congress.