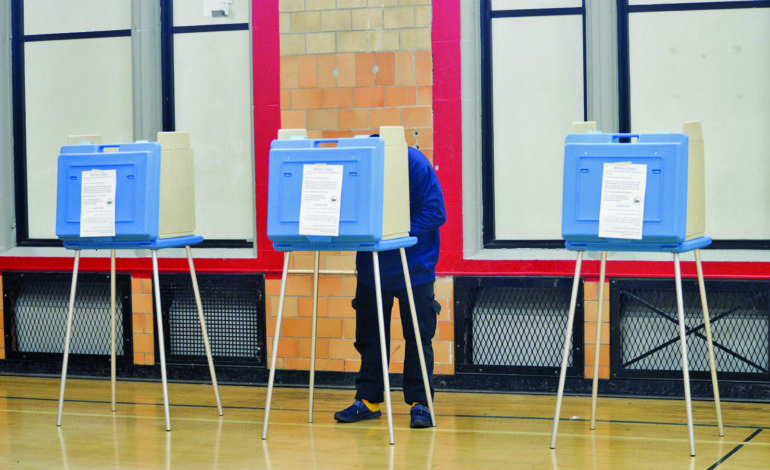 DEARBORN — Former Dearborn mayoral candidate Tom Tafelski withdrew his petition for a recount a few hours after a recount began at the Dearborn Administrative Center. The Arab American News was informed that in the first three hours of recounting the votes for the November 7 election, Mayor Jack O’Reilly recovered eight additional votes to add to his winning lead of 2,800 votes over his opponent.

Tafelski filed with the Wayne County Clerk’s office on November 22, claiming in the request “voter tampering by unauthorized people inside polling stations” and “several machines went down or malfunctioned at multiple locations during election day” on Tuesday, November 7.

The recount, which was held on Monday, Dec. 11 at 9 a.m., was planned to continue for three consecutive days.

That afternoon, Tafelski shared a video on his campaign’s Facebook page accepting the results.

“I had many supporters and residents approach me and inform me that they saw irregularities on election day,” he said.

He added that a Harvard PhD and professor of statistics and political science at the University of Michigan analyzed the results from that day and “concluded that a recount would be warranted.”

“It is with a heavy heart, however, that I sit here before you,” he continued. “But democracy did work, and I think that’s important for the people of Dearborn to know.”

Tafelski wrote in his petition for a recount that there were discrepancies between the absentee votes in the count room and the total absentee votes when they were transmitted back to their home precincts.

Tafelski requested recounts in 96 precincts. The cost of the recount is charged to the requester account. Tafelski submitted a check for $12,000 as a deposit to cover the recount cost per article MCL 168.867, which stipulates that, “If one candidate is to be elected to the office and the official canvass of votes shows that the number of votes separating the winning candidate and the petitioner is more than 50 votes or 0.5 percent of the total number of votes cast in the race, whichever is greater, the petitioner shall deposit with the clerk the sum of $125.00 for each precinct referred to in his or her petition.”