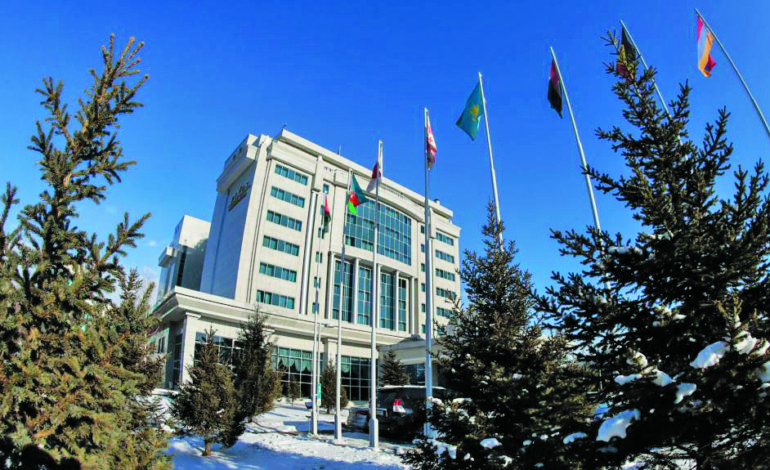 ASTANA — U.N. special envoy on Syria Staffan de Mistura said on Thursday he would take part in the latest round of Syrian peace talks in the Kazakhstan capital Astana on Friday, with a month to go before he hopes to break the deadlock in political talks in Geneva.

Delegations from the Syrian government and some opposition groups are arriving in Kazakhstan’s capital, Astana, for talks spearheaded by Russia, Turkey and Iran.

“Delegations of the guarantor countries of the cessation of hostilities in Syria are arriving in Astana to participate in the next round of talks,” the Kazakh foreign ministry said in a statement on Wednesday.

The eighth round of the Astana talks is expected to address the functioning of de-escalation zones. The focus will also be on the release of detainees, transfer of bodies and search for the missing, the Kazakh foreign ministry said in a statement earlier this month.

Several de-escalation zones were agreed to in mainly opposition-held areas of the country during previous meetings, with Russia, Turkey and Iran acting as guarantors.

De Mistura’s Geneva peace process reached deadlock this month, missing what he said was a “golden opportunity” to close out almost seven years of war.

Blaming intransigence on both sides, he told the U.N. Security Council he would start 2018 with a proposal to involve a wider constituency in constitutional and electoral reform, since the warring sides were stuck.

He said on Thursday he planned to hold the next round in Geneva in the second half of January.

“I am planning to go to Astana just after this meeting,” de Mistura said in Moscow at the start of Syrian talks with Russian Foreign Minister Sergei Lavrov and Russian Defense Minister Sergei Shoigu.

U.N. timetables routinely slip, but the presence of many of the global power elite at the World Economic Forum in the Swiss resort of Davos on Jan. 23-26 could also create some political momentum.

Forces loyal to Syrian President Bashar Assad have made big gains on the ground since Russia joined the war in late 2015, but the fighting shows no sign of ending conclusively.

De Mistura’s humanitarian adviser, Jan Egeland, said that although fewer people were now under siege or out of reach of humanitarian aid, 2017 had defied expectations by being worse than 2016 in many respects and fewer aid convoys were going in.

Russia, Iran, China, Egypt, Algeria and Iraq could all bring their influence to bear, he said.

“If we are going to get out of this quagmire it is because there will be political agreements, really,” Egeland said. “So, I hope that out of the Astana meetings in the next couple of days we will have some kind of impulse for a change on the humanitarian side.”