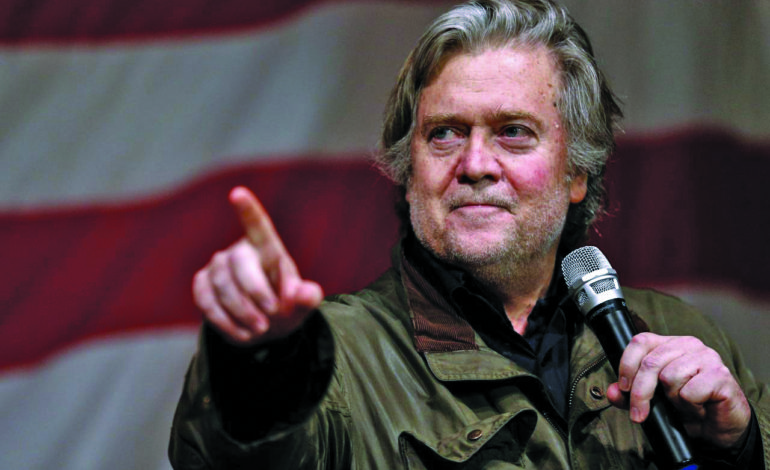 Bannon was quoted in a new book about the Trump White House as calling Donald Trump Jr. “treasonous” and “unpatriotic” for meeting during the 2016 presidential campaign with a Russian lawyer who was said to have damaging information on Democratic candidate Hillary Clinton.

The comments drew a furious response from President Trump, who said Bannon “had lost his mind.”

Their public fight ended an alliance that began when Bannon joined the Trump campaign and helped the political novice defeat Democrat Hillary Clinton in the 2016 presidential election.

Bannon was fired by Trump in August as the president tried to bring order to feuding factions in the White House, but the two men continued to communicate and Bannon had remained an ally.

Bannon has also lost his talk show on SiriusXM radio, the company said on Tuesday. Sirius said in a statement its programming agreement was with Breitbart, not with Bannon.