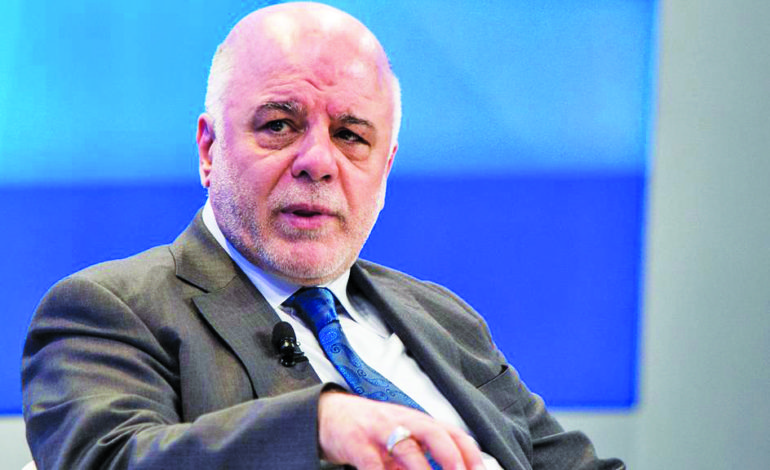 DAVOS, Switzerland — Iraq called on Thursday for foreign investors to help it rebuild after defeating ISIS and making progress in reuniting the country, saying it would need up to $100 billion to fix crumbling infrastructure and war-torn cities.

Prime Minister Haider al-Abadi said help was needed with dozens of projects, as Iraq prepares for a major donors conference in Kuwait next month, which will be held together with the World Bank.

“It’s a huge amount of money. We know we cannot provide it through our own budget,” Abadi told the World Economic Forum in Davos.

“We know we cannot provide for it through donations, that’s almost impossible. So that’s why we (have) now resorted to investment and reconstruction through investment. This is a way forward and we can achieve it,” he said.

Abadi came to Davos in 2016 and pledged to defeat ISIS before the end of that year. He didn’t come in 2017 as the war on militants took longer than anticipated, although he declared full victory at the end of last year.

Abadi acknowledged Baghdad’s tough balancing act when seeking military or economic support from Washington and Tehran. He also said Saudi Arabia was increasingly interested in building relations with Iraq and warned against an escalation of tensions with Iran.

“Any change in relation between the U.S. and Iran is harmful for us, is harmful for the region. It means there will be some conflicts, some friction somewhere, and Iraq will not be immune from that,” Abadi said.