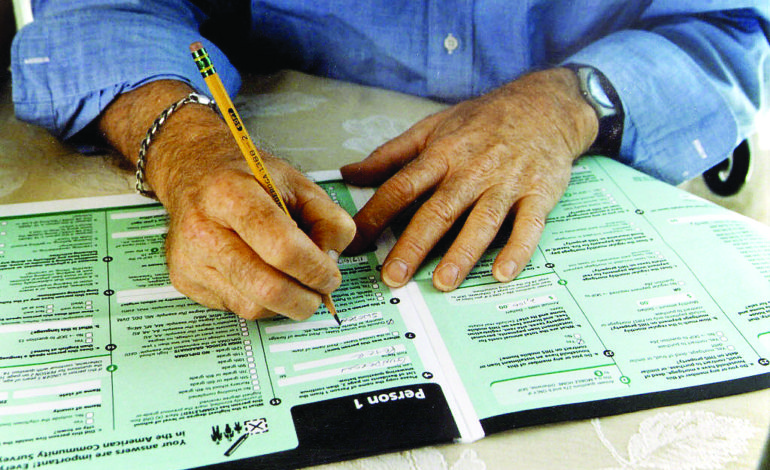 DEARBORN — A promising decade-long endeavor by America’s most targeted communities to gain political and social leverage hit a roadblock after the U.S. Census Bureau rejected the addition of a Middle East and North Africa (MENA) category to the 2020 Census.

It’s one that’s as old as the communities themselves. The effort of waves of immigrants with origins in the Middle East and North Africa to seek better opportunities have made them inseparable from the economic fabric of America – but not at the cost of being separated from their identities.

The fight for the classification, which would have included an option to write in ethnic subcategories like Lebanese or Egyptian, was spearheaded for about 30 years through research and surveys by organizations representing 22 communities, including the Arab American Institute (AAI), the Arab Community Center for Economic and Social Services (ACCESS) and the Public Affairs Alliance of Iranian Americans (PAAIA).

For now, however, Americans with origins in the Arab World will remain officially White.

The social service groups say the rejection of the MENA category on January 26 puts an end to an accurate count of community members to allow for equitable allocation of federal and state funding, services and improved education standards like providing English-as-second language programs— a must for accommodating a refugee influx.

Maya Berry, executive director of AAI, said in a statement that the denial was a “severe blow” to the Arab American community and other stakeholders.

“Years of undercounting have deprived our community of access to basic services and rights, from language assistance at polling places, to the allocation of educational grants for cultural competency training and language assistance, to greater access to health information and research,” Berry wrote.

The Census Bureau’s decision hinged on the Office of Management and Budget’s (OMB) approval of the category in December. But Berry said the OMB stalled its verdict, forcing the 2020 format to adhere to the existing standards on questions of race and ethnicity.

The ADC pointed out that public officials and the country benefit when accurate information on the public they serve is available.

In a joint statement, ACCESS and the PAAIA said inclusion of the MENA category is important because an accurate count of their community members would translate into enhanced services and better representation through legislation, civil rights, education and health statistics.

Currently, the Justice Department receives discrimination claims from minorities who are often considered White. A MENA category would more accurately measure intimidation and civil rights abuses among those communities.

The 2010 Census reported a little more than 1 million Arab Americans nationwide, but the AAI estimates there about 3.7 million, based on a formula hinged on immigration and the institute’s data.

The AAI’s formula for the ethnic population’s distribution puts Michigan’s Arab American community at 5 percent of the voting population. Ohio’s would make up 2 percent.

As news of the rejection spread through social media, Arab Americans were quick to defend their heritage and shared their disappointment online.

“They want to keep us White while treating us brown,” wrote Hala Barghouty-Barghouti on Facebook.

Another commenter wrote that she always checked African on the census form, because “as an Arab I never identified as White.”

Amer Zahr, an adjunct law professor at the University of Detroit Mercy and creator of the documentary “We’re not White”, told The AANews that the rejection of MENA is a determinant of the community’s mounting success, but that a more appropriate classification should have been pursued: Arab American.

He pointed out that a MENA category would lump residents of different cultures and communities together. For example, counting Arab, Israeli and Iranian Americans under one group dilutes accurate data collection and distorts the true national demographics.

However, it’s a moniker used by the government and lobbyists did not want to “ruffle any feathers,” Zahr said, adding that the term Middle East was originally conceived by Imperial powers that meant “east of White people.”

“It would bring people together that have a similar history, culture and interests,” Zahr said. “But what links us is our language, which determines our culture.”

During the Census Program Management Review’s session on Jan. 26, the Census Bureau stated that further testing was required before it was feasible to add the MENA category in a separate, non-combined question format.

However, the organizations – which were part of The Leadership Conference on Civil and Human Rights, a coalition of more than 200 national civil rights groups and members of the Census Bureau’s National Advisory Committee on Racial, Ethnic and Other Populations that voted unanimously in favor of the adding MENA category on April 28 – attribute the category’s failure on the Trump administration’s hardline immigration stance.

The ADC said the rejection erases millions of Americans from official recognition, which “may converge with the Trump Administration’s agenda to undermine diversity in the U.S.”

In early January, 169 of the coalition members sent a letter to Secretary of Commerce Wilbur Ross, urging him to throw out a request by the Department of Justice to include a question about citizenship. The organizations said the question would add billions of dollars to the cost of this census without improving accuracy and would “undoubtedly” affect response rates.

“Given the constitutional requirement to conduct the census in 2020, final planning and preparations for the census would be haphazard, at best, leaving the nation with a deeply flawed foundation for our democratic ideals, informed decision-making and prudent allocation of precious taxpayer dollars,” the statement read.

It added that a citizenship question would raise concerns and confusion about how the government plans to use confidential information, especially in mixed-status and immigrant households.

Zahr said that beside the addition of categories to the Census not being a top priority for the Trump administration, a top official might have, “explained to the president that a box would mean more political power for Arab Americans, a formal inclusion into the American mosaic, heightened civil rights protection for our community and a quicker dilution of the ‘Whiteness’ of America. I’m sure it was quite an easy decision for him and his underlings.”

In May, ACCESS Executive Director Hassan Jaber, a member of the MENA advisory board, told The AANews the board conducted multiple focus groups and surveyed about 1.2 million Americans of Middle Eastern origins nationwide. More than half of those queried responded to the survey. Of those, 78 percent overwhelmingly affirmed they would rather be categorized under MENA, than as “White” or “other”, Jaber said.

He said efforts by the community organizations to include MENA on the Census had been underway for 25 years, but positive momentum had only picked up in the last five years.

The campaign seemed to be paying off when the Census Bureau adopted the board’s recommendation in May. However, according to Zahr, the efforts fell short because their “strategy was fragile all along.”

“When you try to lobby through bureaucracy, what happens is exactly what happened,” Zahr said. “Politics change and leaders, by a whim, can simply kill all efforts.”

Instead of attempting to change a rigid system from within, he said that legislative and judicial means, like suing the federal government and citing equal protection under the Constitution, would prove more fruitful.

Zahr added that the efforts were spearheaded by a closed circle of organization leaders who were “disconnected” and did not report back to their respective communities on their progress.

He also said this can be turned into a community wide fight.

The AAI said it will continue to lobby for the MENA category before the final March 31 deadline, when the Census Bureau submits the final question content to Congress.

“We will demand congressional action for nothing short of a full and accurate count,” Berry said.