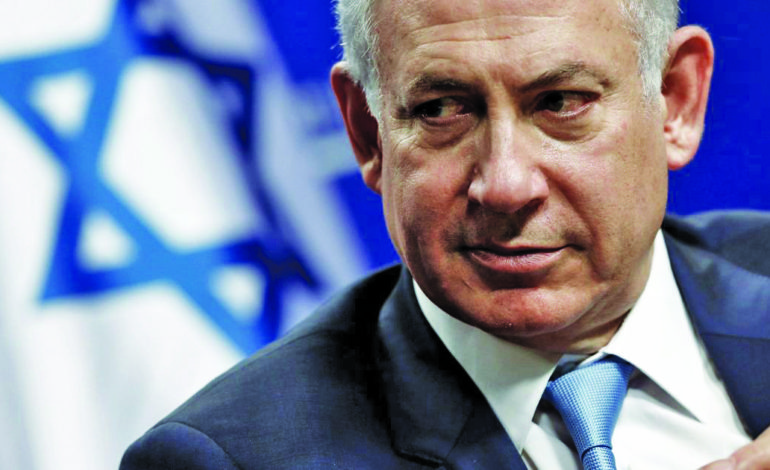 TEL AVIV — Almost half of Israel’s electorate believe the Israeli police, who say they have gathered evidence against Israeli Prime Minister Benjamin Netanyahu and called for him to be charged with bribery, a poll showed on Wednesday.

A police statement on Tuesday said enough evidence had been found for the 68-year-old Israeli right-wing prime minister to be charged in two separate cases, one of the biggest challenges Netanyahu has faced during his long dominance of Israeli politics.

Netanyahu called the allegations baseless and vowed to complete his fourth term in office. He has been questioned several times by police since the beginning of 2017.

It will be up to Israel’s attorney general to decide whether to file charges, a process that could take weeks, if not months.

One of the cases, known as Case 1000, alleged the “committing of crimes of bribery, fraud and breach of trust by Netanyahu.”

The second, Case 2000, also alleged “bribery, fraud and breach of trust by the prime minister” and by the publisher of the biggest-selling Israeli newspaper, Yedioth Ahronoth, Arnon Mozes.

The poll, aired on the Israeli commercial television channel Reshet, said 49 percent of respondents sided with the police’s version that Netanyahu had acted improperly. Twenty-five percent said they believed Netanyahu, who denies wrongdoing. The remainder, 26 percent, said they did not know whom to believe.

But the poll supported Netanyahu more when people were asked whether Netanyahu should remain in office or temporarily step aside. Forty-nine percent said he should stay put, 43 percent that he should suspend himself.

Most of the 495 respondents representing a cross-section of Israel’s Hebrew-speaking voters – 44 percent – said they did not think the investigation was a deliberate attempt to topple Netanyahu. Thirty-eight percent thought it was.

Voters for Netanyahu’s Likud party tended to favor of Netanyahu – 50 percent said they believed his denial of wrongdoing. Sixty percent said the investigation was a deliberate attempt to topple him and almost three quarters, 73 percent, said he should stay in his position.

Separate polls on Israel’s two other main channels also showed that a majority of respondents preferred the police’s version of events but also said that if elections were held today, Likud would remain as the largest party in parliament. Elections are due to take place in late 2019.