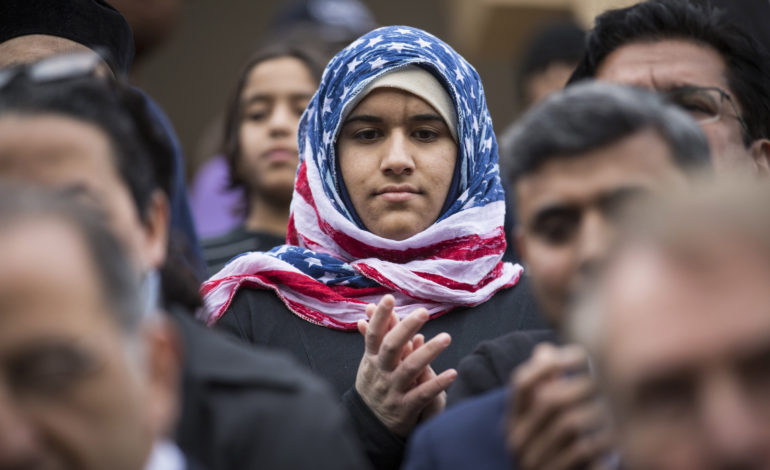 WASHINGTON D.C. — The Pew Research Center issued a report in January stating there are as many Muslims leaving Islam as there are Muslims converting to it, leading two of Dearborn’s Muslim leaders to question the report’s validity.

The Pew Research Center stated in its report that 23 percent of adults who were raised as Muslims in America leave their faith, while there’s the same percentage of converts to Islam.

For his part, the imam of the Islamic Institute of America, Hassan al-Qazwini, questioned the results of the report and did not rule out bias.

“The results of the survey are not without exaggeration and seem unrealistic,” he said.

“In the end, this center is part of the think tank system,” Qazwini said when asked about why a leading research institution in the United States would be prejudiced against Islam.

“And this intellectual system does not hesitate to create certain concepts to promote agendas to achieve desired goals.

“All religions have people who gave up on their faith,” he added. “That does not mean that the problem is with the religion.

“Just to start, I’ll say that the Pew Research Center is not biased against Muslims, said Besheer Mohamed, a co-author of the report, when asked to comment on Qazwini’s claims about bias in the reports. “We’re a nonpartisan, non-advocacy group and we are not funded by or organized on behalf of any religious or non-religious group. That’s just not what we do.

“We study a variety of religious groups and then we report the data using the best social scientific methods, including recruiting teams of advisors like experts in the field and Muslim religious leaders,” he added.

Mohamed also said that for this report the advisors included Mohamed Magid, the executive imam of the All Dulles Area Muslim Society (ADAMS) center in Sterling, VA, and Professor Ihsan Bagby of the Department of Islamic Studies at the University of Kentucky.

“This isn’t to say that we wrote the report on their behalf,” he said. “Of course it is our report, and we take full responsibility for the findings, but if we were known to be biased against Muslims in that way, we would find more difficulty getting advisors to work with us.”

He added that he’d be curious whether the religious leaders who doubt the Pew reports have a methodological concern.

“I’d love to hear them so that I can learn and improve, or explain if there is something that they did not understand or did not know about what we do,” he said. “We are not perfect, but we do use the best available methods to do our research.”

According to Mohamed, the research involved a complex version of random sampling where the Pew Center called more than 1 million people in the United States and conducted screening interviews.

He said the study employed a random sampling of people and that Pew researchers asked those who did not identify as Muslim about the religion in which they were raised.

“And then we continued on,” he said. “The questions are shown in the report.”

“I’m not sure about the accuracy of the numbers, but those who convert to Islam are more than those who leave,” said Imam Mohammad Ali Elahi, spiritual leader of the Islamic House of Wisdom in Dearborn Heights, when asked about the report.

“Those who leave the faith are not knowledgeable enough,” Elahi added. “If they knew the true meaning of Islam and practiced it, they wouldn’t be able to justify leaving Islam.”
Elahi also added that this phenomenon is due to ignorance in the American society.

“It definitely has to do with identity crisis, where they feel conflicted about being both Muslim and American,” he said. “But in reality, a good Muslim is a good American; it’s perfectly okay to be American and Muslim. The two cultures go hand in hand.”

“A solution for this problem is more education and Muslim centers that talk about the real meaning of Islam in various communities, Elahi said. “Those who leave Islam were not active in their practices or in the community, but those who convert are very passionate and contribute a lot to the community.

“We have all kinds of Muslims from all over the world, but we only function in the United States,” Charafeddine said.

“Unfortunately, those who do not identify with the faith anymore or question it become unwelcome at the mosques and in the community, which ends up making them separate away from their culture and identity,” he said about why Muslims join the organization. “Some people want to stay with their families and communities without feeling shunned, so Muslimish provides this environment.”