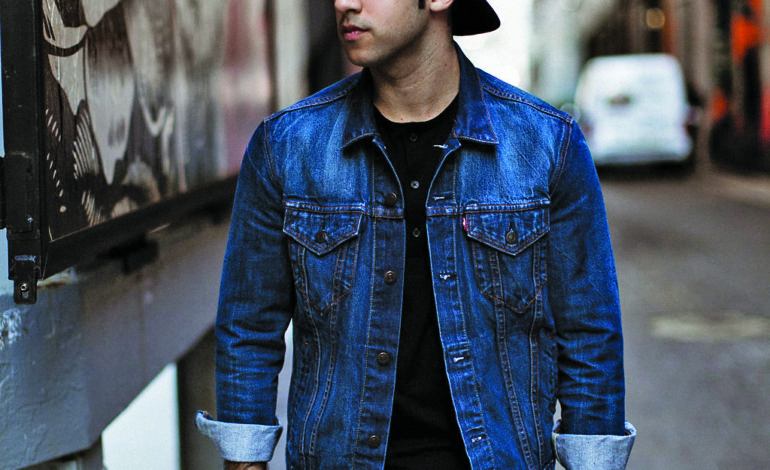 DEARBORN — Ali Habhab, a former east Dearborn resident who goes by the name HaBZ, released his first album, PaTHOGENS, in November. Habhab wrote all of the music on the album and got help producing it with his friend and fellow artist, Rajiv Dhall.

Habhab, 26, graduated from Crestwood High School in 2009. After graduation, he began studying psychology at Henry Ford College but transitioned to English because of his love for writing. He then became a certified emergency medical technician before transferring to Eastern Michigan University, where he ultimately received a bachelor’s degree in marketing in 2015. He and Dhall moved to Los Angeles shortly after graduating from college. He said he had always planned to move there, even as a kid. A fact he frequently reminded his mother.

“I told her many times since middle school that one day I’m going to go,” Habhab told The AANews. “I moved there to pursue acting and music.”

Habhab took a few music courses during his academic career, but never majored in music. He said he had a lot of time in college to think about what route to take his life on. Over the years he gained a variety of knowledge.

“I’m a very indecisive person, he said. “I’ve always wanted to do music. If I couldn’t do music, I had no idea what else I wanted to do.”

He added that he’s always been passionate about music and about writing, specifically.

“But you know you have parents who hope you’ll get a practical degree that will actually get you a ‘real job,'” he said.

Habhab’s musical ability is self-taught. He said he’s loved reading and writing since he was very young and he used whatever means he could to teach himself how to write and sing.

The name he performs under, HaBZ, is rooted in his last name and is a nickname given to him during his childhood.

The inaugural album features five songs entitled, “PaTHOGEN”, “BuLLY”, “aS You aRE”, “DECoY” and “FaDING.” The lower case “a” was meant to be the only lower case letter in each song, but due to technical details of iTunes and other streaming services not allowing a song title to be capitalized entirely, the theme is repeated with other letters.

Habhab  said the detail is meant to serve as a reminder to himself of where he came from and everything he went through to get where he is today or is going to be tomorrow.

The song “BuLLY” is about constantly getting picked on in middle school.

Habhab said those who picked on him made him feel very small during that time of his life and that the lowercase letter symbolizes himself.

“No matter how big I become or how big the rest of the letters look [it’s] to remind me where my roots were and just think back to myself,” he said.

Habhab said he tends to write more when he is upset.

“It’s kind of like a therapeutic thing for me,” he said. “I’ve never been the type to talk about my problems to other people. I never liked being vulnerable in that sense and saying everything about what’s bothering me, so I learned how to put it into music.”

The song “aS You aRE” is about people with large platforms using those platforms to make people feel bad about themselves.

“It’s about getting people to try and take a second and reflect on why it is they are doing something,” Habhab said. “And [to] take responsibility for their words and their actions. Just get people in those powerful positions to really think about what they’re saying and how much it affects people; and to really take responsibility and try to be as genuine and kind as possible and realize there are repercussions.”

Habhab said he is excitedly working on a new album right now. He said one song specifically is about experiences as an Arab American. He is releasing this material without the help of a label.

Like other independent artists, HaBZ needs to attract a hefty following on Spotify, iTunes, Amazon and other places his music is available in order to get signed by a label.