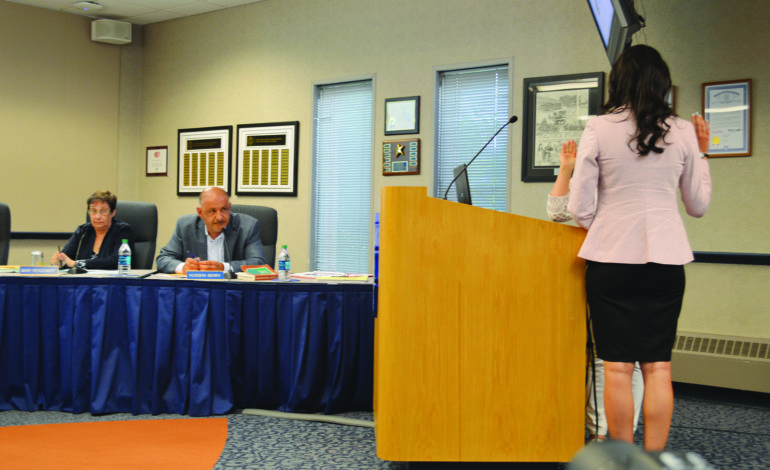 DEARBORN — A Wayne County Circuit Court judge has dismissed a lawsuit filed by a member of the Dearborn Board of Education against the school district over the appointment of its newest trustee.

Trustee Hussein Berry filed the lawsuit on June 26 after the new trustee, Celia Nasser, was sworn in by 19th District Court Chief Judge Sam Salamey during a board meeting on that day.

Berry sued the school board, its president and the district, on the grounds that Nasser was appointed on false premises and that board should not have proceeded with the candidate selection process when he’d decided to abstain from it.

Judge Daniel Hathaway of the Third Circuit Court dismissed the case in its entirety on March 5, ruling that Berry did in fact recuse himself from voting for a new trustee, but that the abstention counted as a vote with the majority, per the board’s bylaws and state law.

The lawsuit came after continuous complaints and allegations brought by Berry during board meetings and on social media that the process was “tainted.”

The initial allegations ranged from possible violations of the Open Meetings Act, to procedures and rules not being followed by then-Board President Mary Lane, to arguing whether Berry’s nonparticipation in the process constituted an “abstention” within the meaning of Michigan law and school board bylaws.

According to court records, Judge Hathaway denied Berry’s motion for injunctive relief the same day the suit was filed. The motion asked the court to immediately unseat Nasser and to count Berry’s “vote” as a vote against her.

As part of the injunctive relief, Berry had asked the court to order the Dearborn Public Schools and Henry Ford College to pay him attorney fees and monetary damages in excess of $25,000 on each of four counts centering around his allegation that the board denied him the opportunity to vote.

During their June 12 meeting, the trustees voted on the candidates they thought best fit for the job. Berry was asked in an open and recorded meeting, first by Dr. Michael Wilmot, president of the Michigan Leadership Institute and facilitator of the meeting, and second by Lane if he was going to abstain from the process. In both instances, Berry answered that he was.

At the June 26 board meeting, Judge Salamey administered the oath of office to Nasser, who’d initially been sworn in at the June 19 meeting at Henry Ford College. Lane told The AANews that the second swearing in was a formality.

Berry said at the time that his abstention had nothing to do with Nasser or any of the candidates, just the process.

Berry then pulled out a stack of binders that he said included many of the school’s bylaws and policies.

“For us to memorize everything in here is literally impossible,” he said.

He also reiterated that he did not actually say that he abstained from voting, but merely that he would abstain from the process.

The board’s bylaws regarding voting and abstention, under the heading “0167.1  Voting”, read as follows:

“All regular and those special meetings of the Board at which the Board is authorized to perform business shall be conducted in public. No act shall be valid unless approved at a meeting of the Board by a majority vote of the members elected to and serving on the Board and a proper record made of the vote. Meetings of the Board shall be public and no person shall be excluded therefrom. (M.C.L. 380.1201) Unless specifically authorized by Michigan conflict of interest laws, any board member’s decision to abstain shall be recorded and be deemed to acquiesce in the action taken by the majority. Failure to vote, absent a statutory exception, constitutes a breach of the board member’s duty as a public official.”