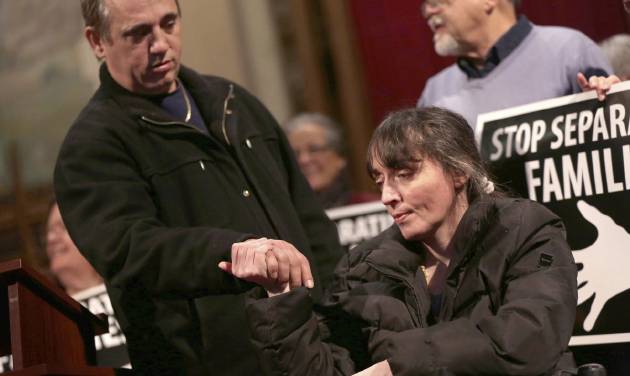 DETROIT – An Albanian American family currently in sanctuary in a Detroit church gathered supporters who will hold a press conference on Friday March 16 at the Rosa Parks federal building. The supporters will deliver more than 600 letters to the Immigration and Customs Enforcement (ICE) office on Jefferson.

Ded Rranxburgaj, an immigrant facing deportation, declared sanctuary at Central United Methodist Church, along with his wife, Flora. The family is originally from Albania and has been in the United States for 17 years. His older son, Lorenc, attends the University of Michigan Dearborn and his younger son, Eric, attends Southgate High School. Flora Rranxburgaj fell ill with Multiple Sclerosis 11 years ago and Ded has since been her caretaker.

The letters request that ICE officials grant a stay of removal to Ded Rranxburgaj, his wife’s sole caregiver. Flora Rranxburgaj, who uses a wheelchair, will also be attending the event.

Copies of the letters on colored paper will be left on the agency’s fence in order to question officials about their silence on the matter.