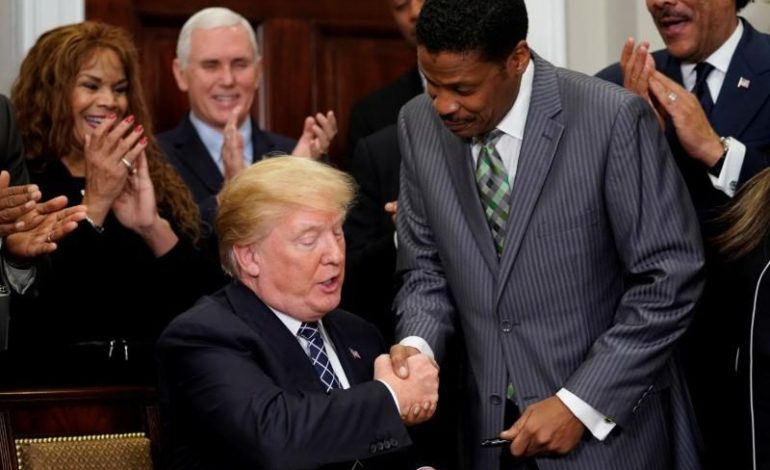 MEMPHIS, Tenn. — A half century after the assassination of Rev. Martin Luther King Jr., civil rights leaders say they are fearful President Trump could reverse progress made on civil rights in the United States since King’s death.

The racism that King’s leadership helped subdue has returned, said E. Lynn Brown, a former associate of King’s who is bishop of the Christian Methodist Episcopal Church near Memphis, Tennessee, pointing to a resurgence of white supremacists since Trump launched his campaign for president.

King died of an assassin’s bullet in Memphis, Tennessee, on April 4, 1968, ending his leadership of a nonviolent campaign for equal rights for African Americans. His death shook the United States in a year that would also bring race riots, violent anti-war demonstrations and the assassination of presidential candidate Robert Kennedy.

To be sure, Trump praised King in glowing terms upon the celebration of King’s birthday in January, and the president has pointed to historically low unemployment for African Americans as evidence that Blacks are benefiting from his presidency.

Black leaders were proud to have Barack Obama as president and some have lamented that Trump succeeded him.

The maverick Republican has drawn criticism for praising pro-Confederate demonstrators in Charlottesville, Virginia, last August as “some very fine people.” He has also picked Twitter fights with Black athletes and appointed few minorities to high office.

After a white nationalist killed a counter-demonstrator when he drove his car into a crowd, Trump said there was blame “on many sides.”

“When I heard Mr. Trump say there were good people, some good people on both sides, and saw the violence in Charlottesville, it made me cry. I really cried,” said U.S. Representative John Lewis, a Democrat from Georgia who endured life-threatening injuries as a civil rights leader in the 1960s.

“But it also made me more determined to do all I could to help our country move forward,” Lewis said.