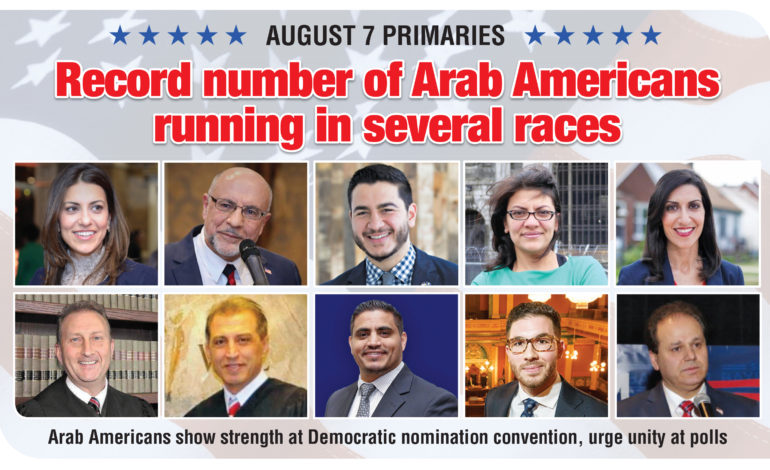 DEARBORN — Now that the April 24 deadline to file nominating petitions for elected office has passed, Michiganians have an “un-official” look at candidates in the August 7 primary elections. That list will be finalized once the deadline to withdraw passes on April 27.

Hammoud said his campaign is focused on his work in the community and in Lansing.

“We’ve been able to cultivate support from all sides of the aisle within Dearborn,” Hammoud told The AANews. “I’ve only ever focused on being a Dearbornite first and foremost, putting policy solutions first and not being very partisan oriented.”

He added that more than half of the bills he’s introduced have been in a bipartisan fashion.

Wayne County Circuit Court Judges Mariam Bazzi and Donald Knapp, Jr. are seeking re-election to their positions on the bench in the third circuit court. Both are running for partial terms that end on Jan. 1, 2021.

Gov. Snyder appointed Bazzi, who was then an assistant Wayne County prosecutor, to the bench on May 2, 2017. He appointed Knapp on April 4 to fill the vacancy left by the Feb. 5 death of Judge Richard Skutt.

Candidates who make it through the Aug. 7 primary election will compete in their respective races on Nov. 6.