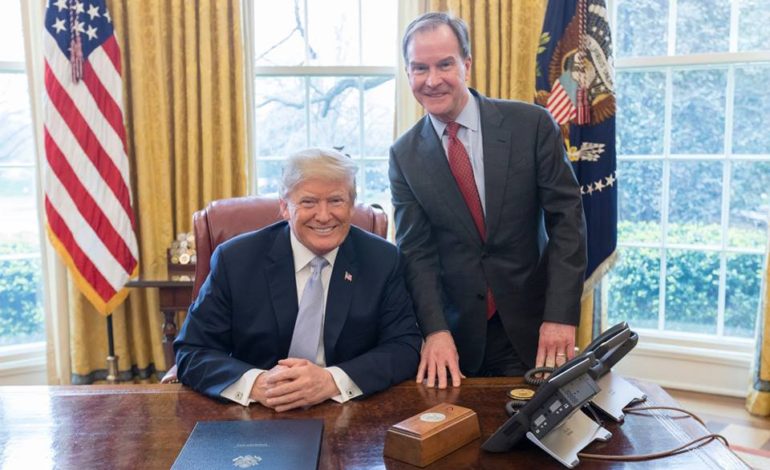 All three Republican candidates in key races won in Michigan’s August 7 primary election and will face their Democratic challengers in November.

While Democrats in Michigan and across the nation are basking in the victories of progressive candidates, including minorities and women, Republicans supporting President Trump’s administration are celebrating major wins in Michigan’s Republican races for governor, U.S. Senate and the House of Representatives.

Trump endorsed Bill Schuette, Michigan’s Attorney General since 2011, for governor in a tweet last September and gave him a shout-out during a rally in Washington Township in April.

Attorney General Bill Schuette will be a fantastic Governor for the great State of Michigan. I am bringing back your jobs and Bill will help

Schuette’s campaign touted Trump’s blessings in an ad and slammed his defeated Republican opponent, Brian Calley, who rescinded his backing of then-candidate Trump after the release of the Access Hollywood tape in which Trump denigrated women.

The state’s top law enforcement official has also served as a congressman, a state senator, a state appellate judge and Michigan’s agriculture director.

In the U.S. Senate race, Trump endorsed John James, an African American businessman and an Iraq war veteran, calling the political outsider a “future star” of the GOP.

Congratulations to a future STAR of the Republican Party, future Senator John James. A big and bold victory tonight in the Great State of Michigan – the first of many. November can’t come fast enough!

Since returning from combat in 2012, James has served as president of James Group International, a family business that provides supply chain and logistics solutions to Fortune 500 companies.

Florida Senator Marco Rubio has also thrown his support behind James. On Monday, Rubio toured with James in southwest Detroit and lauded his family values, as well as his business and military experience.

This is someone who understands that at the life level, not the academic level or theoretical level, but at the life level, the challenges that real people are facing every day,” Rubio said at a rally in a Mexican restaurant.  “We do not have enough people in the Republican Party yet that understand these things. But we’re going to get there one race at a time.”

James will face Democratic incumbent U.S. Senator Debbie Stabenow in November. She was elected to the Senate in 2000 and is a member of the Agriculture, Energy, Finance and Budget Committees.

Epstein, whose campaign goals include increasing jobs, is a third-generation co-owner of the Southfield-based Vesco Oil Corporation, a certified Women’s Business Enterprise, which distributes automotive and industrial lubricants.

Her other campaign goals  include limiting government spending, calling for tax cuts and increased U.S. support for Israel.

Epstein will face Haley Stevens, a former chief of staff for the U.S. Treasury Department’s Auto Task Force, who aims to bring high-tech jobs to Michigan. Stevens was also endorsed by Biden and by former Secretary of State Hillary Clinton.