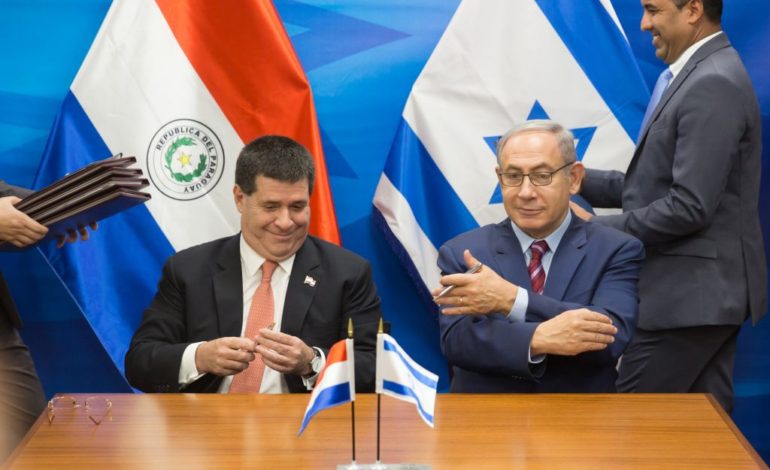 JERUSALEM — Israeli Prime Minister Benjamin Netanyahu, who is also the foreign minister, ordered the closure of Israel’s embassy in Asuncion, Paraguay on Wednesday hours after the Latin American nation said it had decided to return its embassy from Jerusalem to Tel Aviv.

The United States and Guatemala also moved their embassies to Jerusalem in May and Netanyahu has attempted to persuade other countries to follow their lead.

“Israel views with great severity the unusual decision by Paraguay that will strain the ties between the countries,” a brief statement from the prime minister’s office said.

Former Paraguayan President Horacio Cartes traveled to Israel to inaugurate the new embassy in May. He was replaced by Mario Abdo, also a member of the conservative Colorado party, last month.