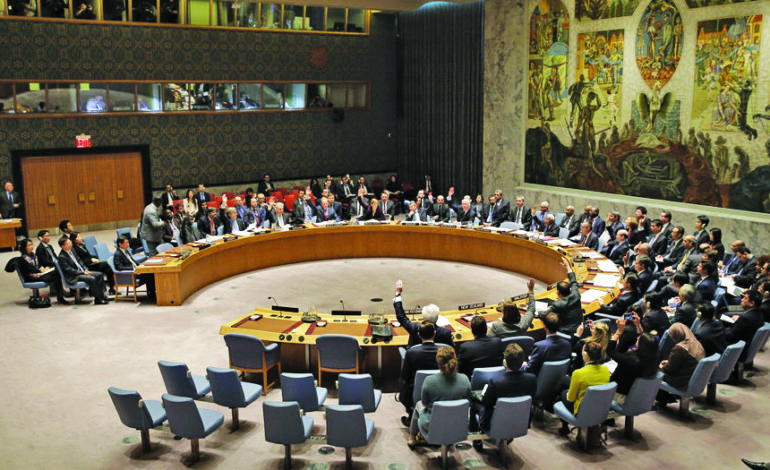 There is a rational explanation of why India and Brazil, two countries with vast populations and large and growing economies, are not permanent members of the U.N. Security Council (UNSC).

The Council — made up of five permanent and 10 rotating members — was designed to reflect a world order that was birthed from the horrific violence of World War II. It was as simple as this: Those who emerged on the side of the victors were granted permanent membership and a “veto” power that would allow a single country to defy the will of the entire international community.

This unfair system, which has perpetually weakened the moral foundation of the U.N., remains in effect to this day.

The 73rd session of the U.N. General Assembly just held in New York reflected both the impotence of the U.N.’s ability as a global platform to address pressing problems and also the chaotic political scene resulting from the organization’s lack of unity.

The misuse of the veto, the lack of accountability and the unfair representation at the UNSC — for example, not a single African or Latin American country is a permanent member — have all emasculated an organization that is meant, at least on paper, to uphold international law and achieve peace and global security.

While Richard Falk, the former U.N. special rapporteur, advocates the “need for a stronger U.N.,” he argues that “from the perspective of current geopolitical trends (the U.N.) seems to have declined almost to the vanishing point with respect to overarching challenges that states acting on their own cannot hope to overcome.”

Some of these problems are interconnected and cannot be redeemed through short-term or provisional solutions. For instance, climate change often leads to food shortages and hunger, which, in turn, contribute to the rising levels of migration and, consequently, to racism and violence.

Late last year, the U.N.’s World Food Program reported that global hunger is, in fact, increasing, despite all attempts to curb it and to, ultimately, achieve the declared goal of “zero hunger.” According to the WFP, 815 million people suffered from hunger in 2016, an increase of nearly 40 million from the previous year. The U.N. body called the latest figure an “indictment to humanity.”

The failing fight against climate change is another “indictment to humanity.” The U.N.-sponsored Paris Agreement of 2016 was a rare shining moment for the U.N., as leaders from 195 countries consented to reduce their carbon dioxide emission through the lowering of their reliance on fossil fuel. The excitement, however, soon died out. In June 2017, the United States government pulled out of the global accord, putting the world, once more, in peril of global warming with its devastating impact on humanity.

This decision by the Trump Administration exemplifies the foundational problem within the U.N. — where one country can dominate or derail the whole international agenda, rendering the U.N. practically irrelevant.

Interestingly, the U.N. was established in 1945 to replace a body that, too, was rendered irrelevant and ineffective: The League of Nations.

But if the League of Nations lost its credibility because of its inability to prevent war, why has the U.N. survived all these years?

Perhaps, then, the U.N. was never established to tackle the problems of war or global security in the first place, but rather to reflect the new power paradigm that caters to those most invested in the existence of the U.N. in its current form.

As soon as the U.N. was established, the U.S. and its allies rose to dominate the global agenda.

As experience has shown, the U.S. is committed to the U.N. when the international organization serves the U.S. agenda, but is uncommitted whenever the organization fails to meet Washington’s expectations.

For example, a former U.S. president, George W. Bush, repeatedly censured the U.N. for failing to support his unlawful war efforts against Iraq. In a speech before the General Assembly, in 2002, Bush asked, “Will the United Nations serve the purpose of its founding or will it be irrelevant?”

“The purpose of its founding” here, of course, refers to the U.S. agenda that has remained a top U.N. priority for decades.

U.S. ambassadors to the U.N. have worked ceaselessly to undermine various U.N. institutions that refuse to toe the American line. The current U.S. ambassador, Nikki Haley, is far more aggressive than her predecessors, as her antagonistic language and undiplomatic tactics — especially in the context of the illegal Israeli occupation and Apartheid in Palestine — further highlight the deteriorating relationship between Washington and the U.N..

Indeed, the U.N. is not a monolithic institution. It is a supranational body that simply reflects the nature of global power. In post-WWII, the U.N. became divided around political and ideological lines resulting from the Cold War. At the end of the Cold War era, in the early 1990s, the U.N. became an American tool reflecting the U.S. quest for global domination.

Starting from 2003, the U.N. has entered a new era in which the U.S. is no longer the only hegemonic power; the rise of China and Russia as economic hubs and military actors, in addition to the rise of regional and economic blocs elsewhere, are causing a greater and growing challenge to the U.S. at the UNSC and various other U.N. institutions.

Although the General Assembly remains largely impotent, it is still able to, occasionally, challenge the dominance of great powers through its support of other U.N. bodies, such as UNESCO, the International Court of Justice, the World Health Organization and so on.

The world is vastly changing, yet the U.N. continues its operations based on an archaic and faulty formula that crowned the winners of WWII as the world’s leaders. There can be no hope for the U.N. if it continues to operate on the basis of such erroneous assumptions and it should not take another global war for the U.N. to be reformed to reflect this new and irreversible reality.