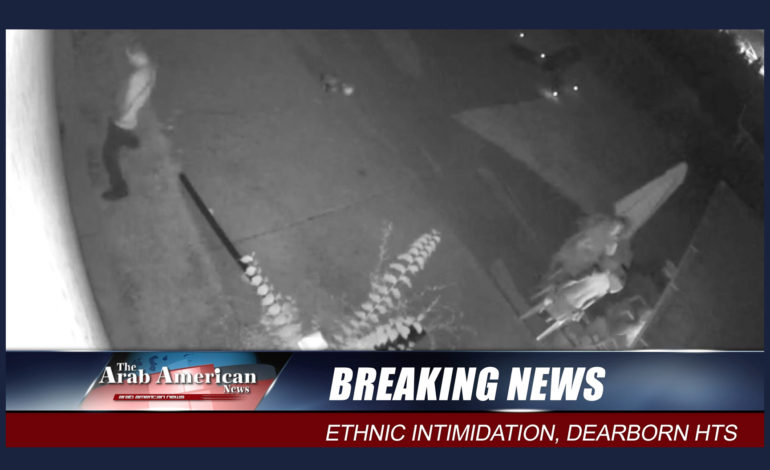 A Dearborn Heights man has been charged with Ethnic Intimidation of an Arab American family neigbor.

According to Dearborn Heights Police report, on September 16, at approximately 12:30 a.m., Dearborn Heights police officers were dispatched to a residence in the 5600 block of Hubbell Street, in response to neighbor trouble complaints.  Upon arrival, the officers spoke with both the victim, Jamal Hourani, and the defendant and reviewed video footage provided by the Hourani family. It is alleged that in the video the “defendant yelled racial comments, made sexual gestures, urinated on the victims’ house and destroyed landscaping.”

Sherman has been charged with ethnic intimidation and malicious destruction of property – shrubs. He was arraigned Tuesday in 20th District Court in Dearborn Heights and received a $50,000 cash/surety or 10 percent bond with the condition that he have no contact the victims and not go to the street where they reside.  His probable cause hearing is on October 17 and his preliminary examination is on October 24, both at 9 a.m.

“Wayne County is one of the most diverse counties in the United States and we should have zero tolerance for the actions of those who trample on the rights of its citizens,” Worthy said. “The alleged actions of this defendant were vulgar and repulsive. We certainly will not and should not accept this type of behavior that emanates from hate.”