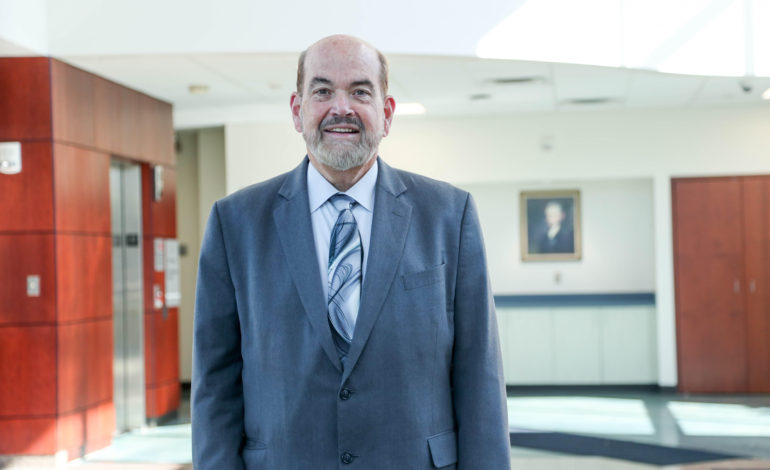 DEARBORN — Over the past few decades, Dearborn has become the United States’ most densely concentrated Arab American city. One defining metaphor is a “melting pot” of immigrants from around the globe, but what does it mean to city officials to represent American Arabia?

Mayor Jack O’Reilly has represented the largest Arab American concentration in the United States since February 2007. He described Dearborn as a great community and commemorated its great history created by Henry Ford and its lifelong diversity.

“There is nothing different in terms of the goals and aspirations of our population (in Dearborn),” he said.

O’Reilly, whose overall service to the city dates back 17 years, described the Arab American community as a very driven one, just like all of the other subcultures in Dearborn. He told The AANews all citizens have the same motivations: The first being able to raise and take care of a family in plausible ways while being open to diversity; and second, to being universal.

“Children grow up and are second, third, and fourth generations at work,” O’Reilly said. “Arab Americans assimilate like everyone else.”

He added that in every community in Michigan, and communities across the world, there is a relationship to culture.

“Their relationship to culture is what people follow and how people get along with each other,” he said. “And these are things that everyone is willing to achieve.”

Asked to describe the Arab American community of Dearborn in one word, O’Reilly said it’s welcoming.

“I love to represent this community,” he said. “It has been my whole life. I grew up here, my father grew up here and my grandfather came here.”

O’Reilly told The AANews he continues to represent Dearborn to make it stronger and stand out so everybody feels welcome whether they reside here, work here or just visit. He further emphasized that this is a town that’s welcoming and embraces everyone.

“When you look at our school children, they are the ones who represent our broad community, the different lifestyles and different loops,” he said.

However, the mayor expressed his concerns about how the media are portraying and changing the picture of Arab Americans and Dearborn as a community, saying people like to post things and create a concept of inferiority between places of origin. He said some people try to divide the community.

“As mayor, no one should feel threatened or concerned,” he told The AANews. “And no one has the right to inflict harm on anybody else.”

He also spoke out against an “us vs. them” mentality.

“People are people,” he said. “And unfortunately some people grow on things and begin to see things not as they want them to be and suddenly want them to change,” O’Reilly said. “That is not what America stands for.”

Arab Americans have played a prominent role in the American industrialization and economy throughout the 20th century.

Seeking work in automotive factories, large numbers of Arabs immigrated to the Metro Detroit area in the early 1900s. The second wave of immigration followed the Lebanese civil war in the 1970s. Today, Arab Americans in Michigan are very involved in the state’s economy as entrepreneurs, professionals and community leaders.

“We have the broadest socioeconomic profile in greater Detroit,” O’Reilly said, explaining that usually groups are distinguished based on socioeconomic status.

O’Reilly said people in Dearborn of all socioeconomic statuses are participating in everyday services. This community  has embraced the spectrum of who its residents are, and everybody gets the same services.

He said the socioeconomic profile is expressed in the ways people interface and work with each other, as well as the different benchmarks supporting all the diverse groups in Dearborn.

Where do Arab Americans stand politically?

“They are welcome, and I think they are well,” O’Reilly said.

“They are trying to make a change to make the community better and to address issues in place to represent us,” he said as a general statement.

How many Arab Americans are there on the mayor’s advisory boards?

O’Reilly claimed that there are about 17 advisory boards within the mayor’s office, each performing different purposes, yet it remains unclear to how many Arab Americans are included.

In 2012, an advisory board formed a committee with a broad face of people from the city to get through the recession.

O’Reilly said he doesn’t have a fixed group of advisors; yet he’s looking to get some areas in town to look at some ways to facilitate better investments in parts of Dearborn that will represent everybody.