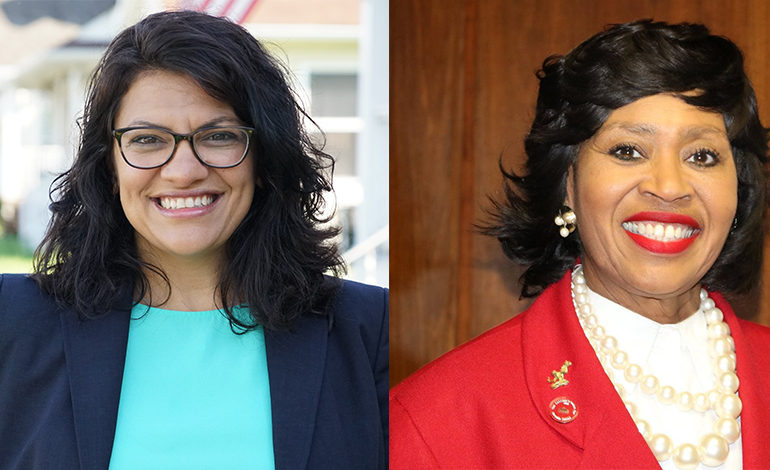 Jones lost to Tlaib in the August primaries but won a special primary election to represent the district for the seven-week remainder of Conyers’ term.

Tlaib defeated Jones in the August primary election for the 13th congressional district by 31.2 percent to 30.2 percent. According to official results, the margin was 900 votes.

Jones’ name will not appear on the Nov. 6 ballot.

“After much soul-searching and strong constituent feedback and support, I am launching a write-in campaign for the full-term as an independent candidate,” Jones announced in a press release Oct. 30. “So many voters contacted my campaign with issues about the integrity of the process and their concerns are mine as well. My hope is that, by re-entering as a write-in candidate, that I am shedding light on their concerns related to electoral integrity. Voting is a right and everyone’s vote should count and be counted. Voters deserve a fair race and the ability to select the candidate of their choice.”

Detroit Mayor Mike Duggan was the last candidate to pull off a major write-in victory in Metro Detroit in 2013.

He did not meet Detroit’s residency requirements under a new city charter and was kicked off the primary ballot.

Duggan raised $1.1 million in the primary, in addition to other money raised by a separate committee, and won.

Tlaib addressed her supporters in an email on Tuesday, saying now wasn’t the time for a write-in candidate.

“We learned late Friday that a challenger is mounting a write-in campaign in next week’s general election,” she said in the email. “The voters in Michigan-13 don’t deserve any distractions. At a time when voters around the country need to be coming together to elect Democrats up and down the ballot to check Donald Trump’s hateful, racist agenda, the last thing we need is someone coming in and sowing division.”

Tlaib could be one of the two first Muslim women elected to Congress after the November election, including Ilhan Omar of Minnesota’s Fifth District.

No Republican is on the ballot for Michigan’s 13th District.

Tlaib dedicated part of her campaign to energizing Arab American voters in Dearborn and Dearborn Heights.

“But this write-in opponent ― who we defeated in the August primary ― is a reminder that we need to work every day between now and Election Day to turn out our voters and win,” she said.