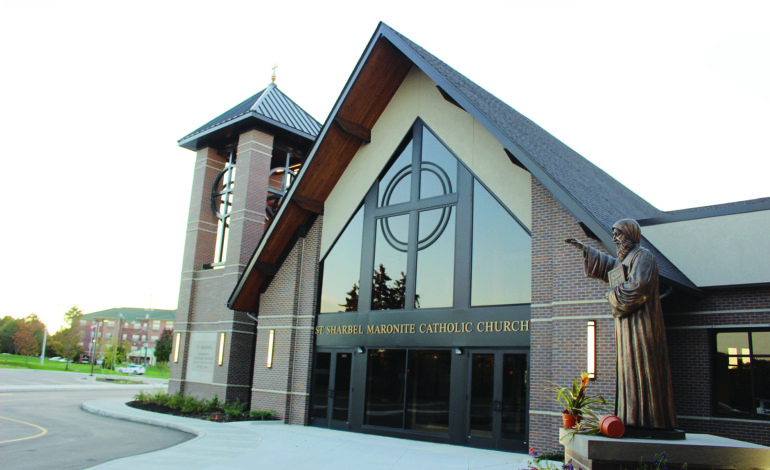 CLINTON TOWNSHIP, Macomb County – There’s an unassuming place where the Lebanese identity is alive and well, but it’s not in the land of cedars nor in Dearborn, the capital of Arab America.

Macomb County, Michigan’s third most populated, located just northwest of Detroit, is home to the largest Lebanese Maronite Christian community in the U.S., with generations of families with roots tracing back to the earliest Lebanese immigrants to set foot on American soil in the late 19th and early 20th centuries.

On September 15, the community celebrated a triumph three years in the making – the grand opening of one of the largest Maronite churches in size and membership in the country and home to one of the largest congregations of Lebanese Christians, St. Sharbel Maronite Catholic Church.

St. Sharbel, one of four churches in the Metro Detroit area led by a group of Lebanese American clergymen, was established in 1916 in Detroit, but moved to Warren in 1987 as the community grew and expanded into the suburbs.

The other three churches are in Livonia, Detroit and Flint. 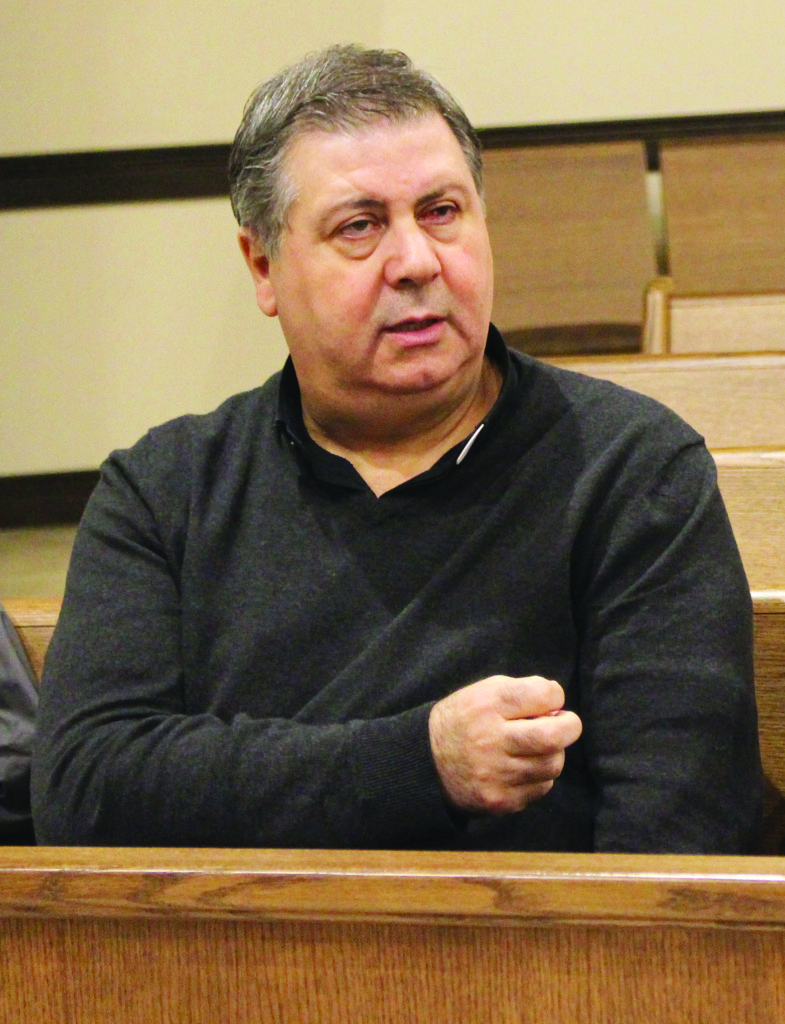 The congregation moved into the 29,000 square foot complex in Clinton Township to accommodate its growing numbers.

The move “secures the foundation of our future and safeguards the mission of the Maronite community, allowing us to continue to grow in faith and spirit and preserve the treasures of our traditional values and culture for decades to come,” as the church put it on its website.

Within the complex, which includes a banquet hall, chapel, classrooms, offices and a massive church adorned with towering stained-glass windows, holy symbols and traditional Lebanese architecture with modern designs – its pastor, Chorbishop Alfred Badawi, explained the role the church plays in preserving the Lebanese identity among the diaspora in America.

“Many of the first waves of immigrants melted into American society,” he told The AANews, pointing out that Maronite churches were mainly led by Latino communities. The first Lebanese Maronite bishop in the country, Francis Zayek, was appointed in 1965. 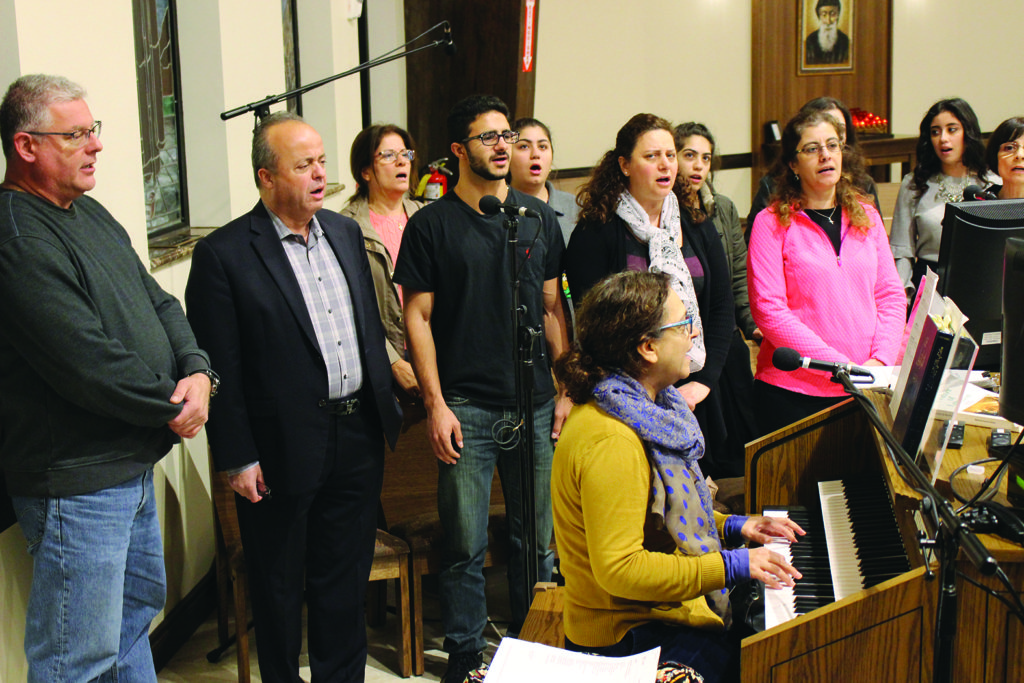 The Choir of St.Sharbel Maronite church during their practice.

If the community’s dedication to the church was an indicator, its mission has proven successful throughout the years. Badawi said about 300 families donated more than $3 million and loads of furniture to help build the church.

Today, the church – established by the first Maronite priest in The Knights of Columbus, the largest Catholic men’s fraternal organization in the world – serves a parish of at least 1,500 families from the region, most of whom live not more than 10 miles away.

The congregation considers each other one family and are highly involved in the church’s activities and groups, which include charity work, choirs, a men’s group, the Ladies Altar Society and youth and a young adult organizations.

He added that the church isn’t limited to bringing Michigan Maronite Lebanese families together, but also provides networking opportunities for Lebanese families and others from across the country at an annual Maronite Convention that draws more than 1,000 people. There, many families form strong relationships and some go on to start new families, he said, adding that the week long event was last held in Texas and will be in Florida next year.

Eli Bassil, one of the church’s 12 board of trustee members, recounted the story of Lebanese Maronite Christians in Michigan, who initially settled along Jefferson Avenue in Detroit to work at Ford Motor Company’s factories and quickly realized the need for a space to socialize and worship.

Between 1880 and 1890, Lebanese Christians from specific regions in Lebanon developed social clubs, like the St. Laba Hasroun Society and the Kesrawan Society. They hosted weddings, funerals and religious celebrations. The clubs created a familiarity of the homeland among a city backdrop, Bassil said.

The early church in Detroit “has played a pivotal role in maintaining relationships between Maronite immigrants who continued to flow to the capital of the automobile industry, especially at a time when Metro Detroit was witnessing economic prosperity after World War II,” he said. 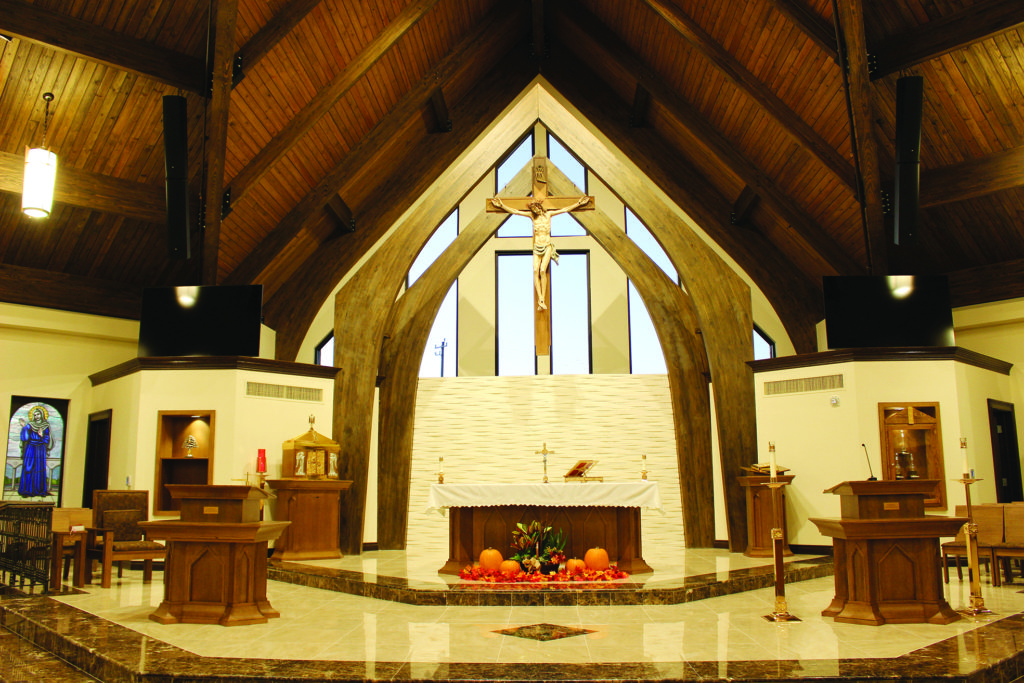 That church still serves 30 Maronite families; however the increasing number of Maronites found home in cities like Grosse Pointe and St. Clair Shores, where many still reside, Bassil added.

Bassil and his wife, Zina, are immigrants from Lebanon and have witnessed the church mature, along with the community.

Its services have grown and become more effective, with the help of a plethora of volunteers, although its purpose has remained consistent – to provide a space where spirituality, family and Lebanese culture are valued, shared and celebrated.

“It’s not only about faith, but about bringing families together,” Bassil said. “And we’ve all become one family.”

Some of the congregants even have keys to his house, he added. 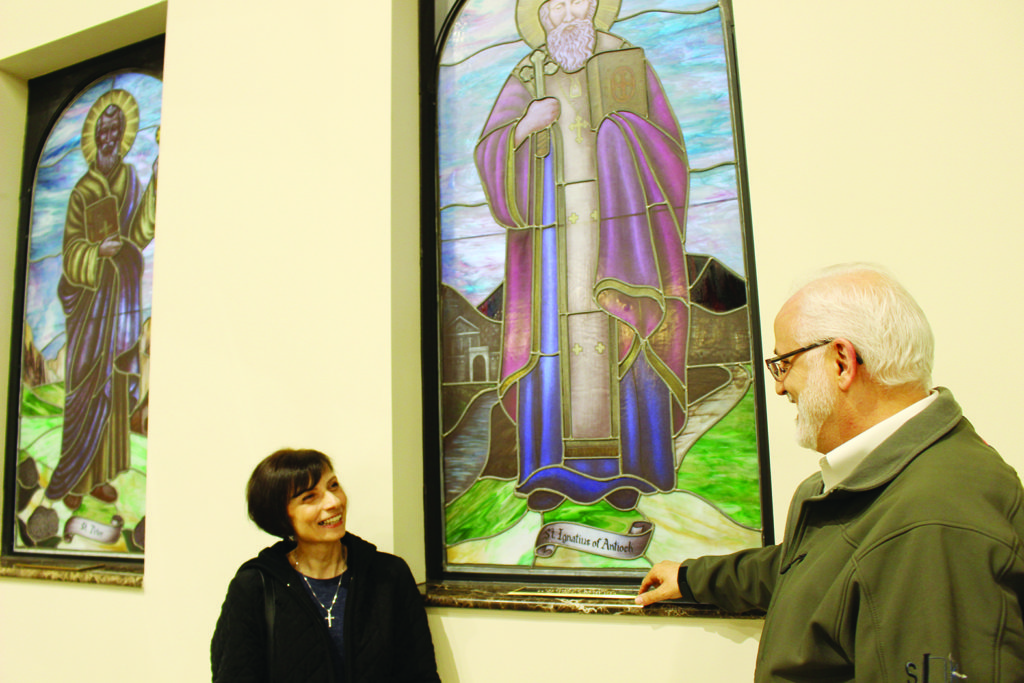 Through the youth programs, children and young adults not only learn scripture, but forge friendships, hold movie nights, organize dabke dance performances, host Halloween parties for about 300 kids and participate in national conventions. The church has also hosted conventions for Maronite youth nationwide, Zina Bassil said. It also brings experts on a variety of topics, including substance abuse, to speak to the children.

Charlotte Fortuna, a second generation Lebanese American, board member and president of the church’s Ladies Altar Society, said she helps organize charity drives like serving food for the needy and baby supplies for young mothers.

In the backdrop, a choir of both young and old Lebanese Americans sing an enchanting Arabic spiritual hymn to the grandiose tunes of an organ, as they prepared for an upcoming celebration of a sub-deacon’s ordination into a deacon.

Although his Arabic proficiency is limited, he recalled his parents’ determination at learning English, listening to radio stations throughout the day to, “learn English so that they can live, work and success in America.”

His affiliation with the church affirms to him his Lebanese roots, which he said is a vital source of pride for him.

“We are very active community and were all proud old-fashioned Lebanese,” Thomas said.

Regarding the relationship between the Lebanese Christian and Muslim communities in Metro Detroit, Bassil said it reflects attitudes of co-existence instilled in the homeland.

“That’s how we were raised – together,” he said. “When [Muslim neighbors] celebrate Ramadan or Adha, we go to their places to celebrate together. When we celebrate Christmas, they celebrate with us.”

The church’s literature boasts its ties to Lebanon, “her spiritual homeland and the land of her patriarch and people. Maronites take great pride in the joint accomplishment of the Muslim-Christian co-existence, which today we call Lebanon.”