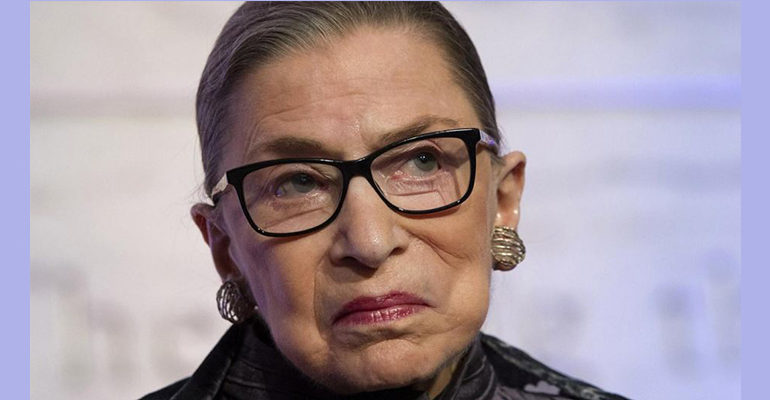 Washington DC — Justice Ruth Bader Ginsburg fractured three ribs in a fall in her Supreme Court office Wednesday night according to a statement by the Supreme Court.

According to the statement, the 85-year-old Ginsburg experienced discomfort at home following the fall and was admitted to George Washington University hospital Thursday morning for treatment and observation.

The second woman to serve on the Supreme Court is a progressive, pop culture icon recently nicknamed by admirers, “Notorious RBG”, a play on the late rapper Notorious B.I.G.

Ginsburg did not attend Thursday’s investiture of Justice Brett Kavanaugh.

Her health has become a subject of importance in recent years.

In 2009, she was treated for early stages of pancreatic cancer and in November 2014, she had a stent placed in her right coronary artery.

Ginsburg also underwent surgery to treat colon cancer in 1999, just six years after being sworn in as an associate justice.

In July, Ginsburg stated she intended to stay on the bench past 2020.

According to the U.S. Centers for Disease Control and Prevention, more than one in four adults age 65 and older fall every year. The study published in September found most falls are preventable and can result in severe injuries.

An additional 3 million adults over 65 sought care in emergency departments for falls.