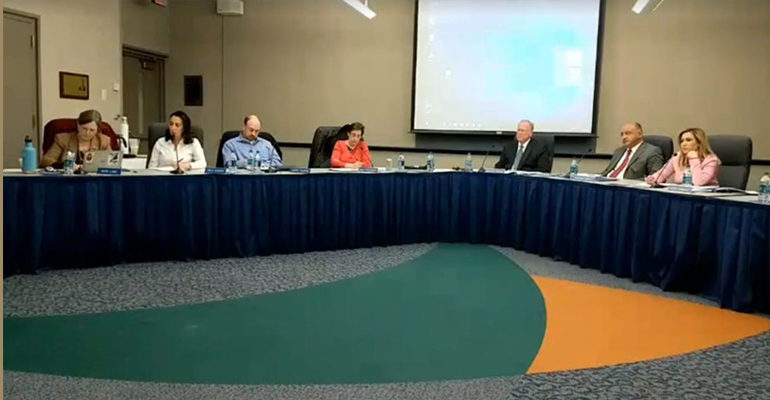 Dearborn Board of Education

“Ms. Lane resigned her seat on the Board on December 4,” said Dearborn Public Schools Director of Communications David Mustonen. “That gives the board 30 days, or until January 3, to fill the position.”

Lane’s current term is scheduled to expire on December 31. Her seat will be filled on Jan. 1 by Roxanne McDonald, one of two board members elected on Nov. 6. Incumbent Trustee Jim Thorpe will retain his seat.

In a press release on Wednesday, the district thanked Celia Nasser for filling the vacancy on the board. Nasser was appointed in June 2017 to serve until the results of the next school board election were certified, which happened in late November.

“Ms. McDonald has officially won the seat on the board and will assume her responsibilities on January 1, three days before the deadline to fill the vacancy occurs,” Mustonen said.

By law, the Board of Education must post a notice of the vacancy and review any applications that are sent to the board.  Anyone living in the Dearborn Public Schools District can apply for the vacant seat.

Applications will be accepted from December 4 through December 14.  Those interested should hand deliver or send a letter of interest, resume and three references to the Dearborn Public Schools Administration Building, 18700 Audette, Room 6, Dearborn, MI 48124. All materials must be in the Administration Building by 4 p.m. on Dec. 14.

The board will review all submitted applications.