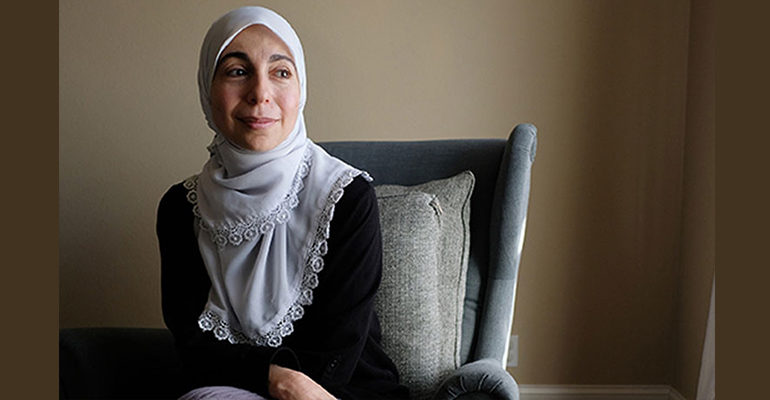 Bahia Amawi said that the no-boycott requirement is a violation of her First Amendment right of free speech.

AUSTIN, Texas — The Austin public school district told a children’s speech pathologist she cannot renew her contract because she refused to sign a statement pledging not to boycott Israel.

Bahia Amawi said that the no-boycott requirement is a violation of her First Amendment right of free speech.

Amawi, a child language specialist, has worked for the last nine years with autistic, developmentally disabled and speech-impaired elementary school students in Austin.

Although born in Austria, Amawi is a U.S. citizen and has lived in the U.S. for the last 30 years. She speaks English, German and Arabic fluently. She received her master’s degree in speech pathology in 1999.

She started her work with the Pflugerville Independent School District, which includes Austin, on a contract basis in 2009, assessing school children from ages 3 to 11 in the county’s Arabic-speaking immigrant community.

Previously, her contract had been renewed every year since 2009 with no controversy.

On August 13, the school district offered to extend her contract another year. She had the intention of signing the contract until she noticed an addition.

The contract included a certification pledging she “does not currently boycott Israel” and “will not boycott Israel during the term of the contract” or engage in any action “that is intended to penalize, inflict economic harm on or limit commercial relations with Israel, or with a person or entity doing business in Israel or in an Israeli-controlled territory.”

The contract would bar Amawi from refraining from buying goods from companies within Israel and Israeli companies in the occupied West Bank.

There was no other certification within the contract that pertained to political issues or activism. Amawi would therefore technically be free as a citizen to protest any political issue against the U.S. or the rest of the world, except Israel.

“It’s baffling that they can throw this down our throats and decide to protect another country’s economy versus protecting our Constitutional rights,” Amawi told the Intercept.

She said her family made a household decision to refrain from purchasing goods from Israeli companies in support of the global boycott to end Israel’s occupation of the West Bank and Gaza.

She made a consumer choice to support the boycott and occasionally participates in peaceful activism in defense of Palestinian self-determination that includes advocacy of the global boycott to end the Israeli occupation.

Amawi told the Intercept she couldn’t sign the contract in good conscience.

“I would not only be betraying Palestinians suffering under an occupation that I believe is unjust and thus become complicit in their repression, but I’d also be betraying my fellow Americans by enabling violations of our Constitutional rights to free speech and to protest peacefully.”

She made a complaint against the school district, asking “why her personal political stances impacted her work as a speech language pathologist.”

To Amawi’s knowledge, she is the only Arabic-speaking child’s speech pathologist in the district and her absence could leave dozens of children without an expert to assess their conditions and needs.

The Texas State Legislature and Gov. Greg Abbott signed into law an Israel-specific state law in May of 2017.

Some victims of Hurricane Harvey were told they could not receive state disaster relief if they did not sign a pledge to never boycott Israel.

Texas is the 17th state to enact such laws. To date, 26 states have done so.