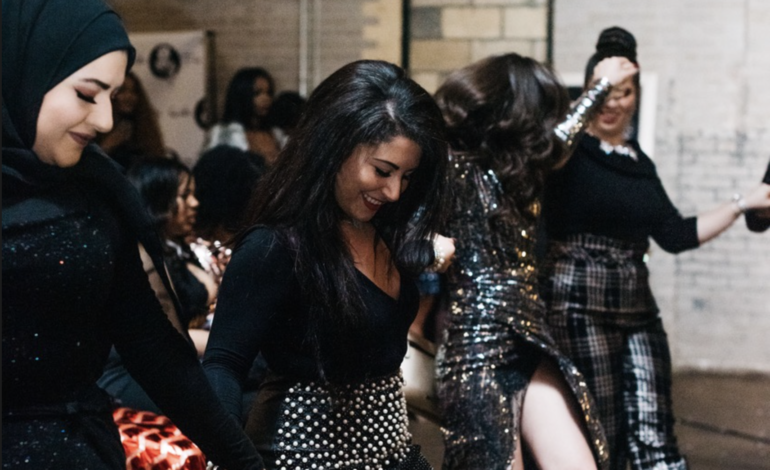 DETROIT — Femology Detroit, a women-centered business space and entrepreneurial group bringing together a diverse community, began just a little over a year ago.

“Through these events women in the community meet each other and that sparks relationship-building,” she said. “We’re not only creating these amazing relationships with each other, but we’re giving each other economic opportunities.”

“[Women are] collaborating in business together, sharing potential clients and sharing business with one another,” she said. “It’s been phenomenal.”

“I’m all about disrupting,” Ward said. “I think that finding space, especially in the area of women’s empowerment, it’s a concept that’s not new but has been growing and developing.”

She said she thinks the world is still in the early stages of women’s empowerment.

“With not being paid the same wages as men, or sexual harassment in the workplace, I think there is a need for women to have a space where they felt heard, celebrated and can create their own economic opportunities to create a life of fulfillment.”

She said some of the Arab American members told her that they were excited to find the right space for their businesses in Detroit.

“Some of our members are from the Dearborn community,” she said. “Some of the women own businesses in Dearborn as well and they shared with me that they’re really optimistic to reach out of that bubble and do more business.”

Ward said around 50 percent of the women who design, organize and supply Femology are Arab American.

Fadia Shuayto, owner of Wingme Cosmetics and a Dearborn native, said she visited Femology while brainstorming the start of the Wingme cosmetic line over the last three years.

“When we weren’t working from home we were at Femology getting inspiration and meeting new women,” she said. “It’s definitely allowed us to expand our network.”

Shuayto said Wingme, which started operation in August,  donates 20 percent of all sales to women’s and children’s charities.

“I felt like Femology was a good fit,” she said. “We pride ourselves on being a mission with a company rather than a company with a mission because it was the mission that started it. We wanted to give back.”

Amyna Ftouni, a Dearborn Heights native who has a master’s degree in clinical psychology, provides psychotherapy and mental and behavioral health services for people of all ages.

She said before she started her own practice in March, she struggled to find a space she liked.

“I had everything except for an office space to meet with my clients out of,” Ftouni said. “I just hoped to find something that was already decorated the way I would want my practice decorated. I want the space I’m meeting my clients in to reflect my vibe and for them to be comfortable in it.”

She said during her search she came across Femology online.

“I had to build my client base and work my way up,” she said. “So it didn’t make sense to start in a space that was completely for me when I didn’t have a full caseload yet. Femology offered me the space to reserve private rooms for me to meet with clients.”

Ftouni said when she’d built a big enough caseload, she signed a lease for her own space just above Femology’s space on east Jefferson in downtown Detroit.

“I was able to form connections with the other businesswomen and they referred people looking for a therapist,” she said. “It was nice to be surround by other woman entrepreneurs.”

Ftouni, currently accepting new clients, added that Femology pretty much gave her the stepping stone that helped her build a private practice from scratch.

“Now I have my own space, my own office,” she said. “And I owe that a lot to Femology.”

Farrah Davidson, a self-described mom, lifestyle blogger and dentist, said she’s just recently become involved with Femology. She said Ward invited her to a blog-themed event to speak on a panel. She said they now plan to collaborate on future blog-themed workshops.

Davidson said she and her husband just opened their first private dental practice and haven’t had to advertise through anything but her own blog.

“The Arab American community of women have been amazing,” Ward said.

She said the women of Femology put all of their differences aside to support each other.

“I think what we’re creating as a community in Metro Detroit is like no other in the world,” she said. “And I think that’s something we should be proud of and embrace.”