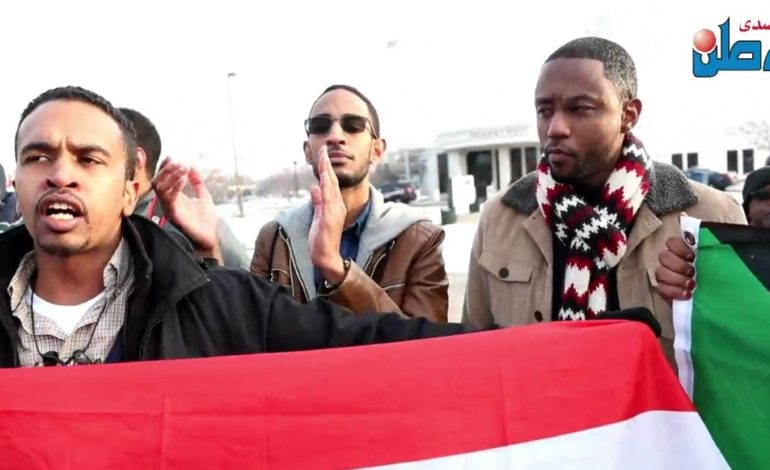 DEARBORN — Dozens of protesters rallied against Sudanese President Omar al-Bashir in front the city’s courts and police station here this past weekend, seeking to raise awareness and support for a revolution in their homeland.

Holding Sudanese flags and signs with phrases including “Sudanese Dictator Kills” and “Support the Sudanese Revolution for Freedom, Peace and Justice,” the protesters spoke out about what is being called the most oppressive regime in the world.

“The government is controlling everything and taking all the money for itself,” said 28-year-old Mohamed Kola. “There is corruption big time in my country.”

Al-Bashir, who has been in office since 1989, has faced almost-daily protests in Sudan recently, triggered by price increases, economic hardships and journalists, demonstrators and political activists detained under questionable circumstances.

Columnist Nicholas Kristof of the New York Times called al-Bashir a “genocidal president” in an opinion piece last month, as he is wanted by the International Criminal Court for genocide over dozens of killings by security forces.

A climate of oppression can be felt in the country itself, Kola said.

“There is no democracy,” he said. “They claim they are a democratic country and they have freedom of speech but that’s not true. If I say anything about the country, I’m going to jail and I may even get killed.”

The group plans to hold another protest on February 16 in front of the White House, joined by fellow Sudanese protesters from across the United States.