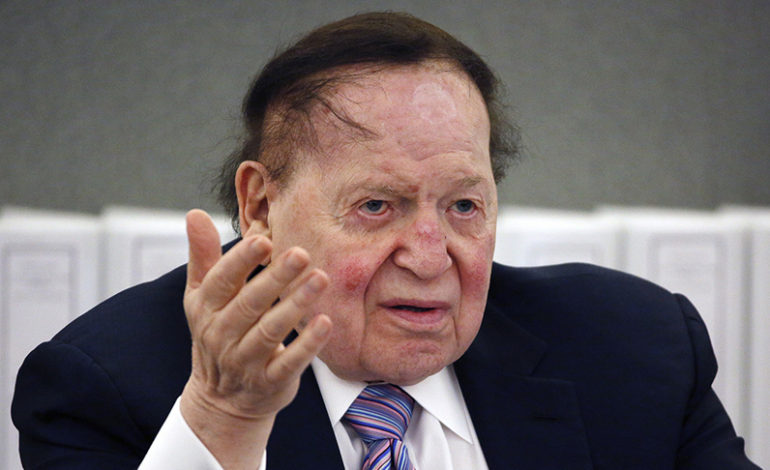 Jewish-American mogul Sheldon Adelson faces a billion-dollar lawsuit that the U.S. appeals court has reopened, seeking to hold him and other Israeli donors and supporters (more than 30 people) liable for war crimes and support of Israel’s illegal settlements in the occupied Palestinian territories.

The U.S. Court of Appeals for the District of Columbia (DC) Circuit voted yesterday unanimously in favor of reopening the case, arguing that a federal district judge concluded wrongly in August 2017 that all of the plaintiffs’ claims raised political questions that could not be decided in U.S. courts, Ynet has reported.

The lawsuit is being led by Bassem Al-Tamimi, father of teen activist Ahed Tamimi from the West Bank village of Nabi Saleh.

Ahed Tamimi was jailed for eight months for slapping an Israeli soldier who trespassed on her family’s land.

Her father is one of 18 Palestinian Americans, as well as a Palestinian village council, who filed the lawsuit, claiming that Adelson and the other defendants conspired to expel non-Jewish communities from the Palestinian territories, accusing them of aiding genocide and other war crimes.

The lawsuit was previously denied a trial because, at the time, the district judge claimed that the lawsuit raised political questions over which the court had no authority, including who has sovereignty over the occupied West Bank, occupied East Jerusalem and the besieged Gaza Strip.

Yesterday, however, U.S. Circuit Judge Karen LeCraft Henderson said that the sovereignty issue was separate from a broader question of whether war crimes were being committed in the Palestinian territories, Fortune Magazine reported.

She added that the lawsuit could thus be treated as a “purely legal issue”, adding that genocide violates international law, which means that the court could hear the case under America’s Alien Tort Statute, which allows foreign citizens to seek remedies in U.S. courts for human rights violations committed outside the United States.

Other defendants in the lawsuit include high-profile U.S. billionaires and companies with histories of funding or cooperating with Israel.

Also among the defendants is Jewish American businessman Larry Ellison – who is known to have donated billions of dollars to the Israeli army via the Friends of the IDF (FIDF).

Technology company Hewlett Packard Enterprise (HPE), which the Boycott, Divestment and Sanctions (BDS) movement accuses of providing technology for Israel’s checkpoints and Separation Wall in the occupied West Bank, are also a part on the list.

Adelson has been a supporter of Israel and is deeply involved in the pro-Israel lobby in the U.S.

He made his fortune from the Las Vegas Sands Casino, where he is estimated to be worth $36.1 billion.

He is known to have given $410 million to Birthright, which sends young Jews on trips to Israel, and has donated billions of dollars to the U.S. Republican Party as well as President Trump’s 2016 election and several 2018 midterm campaigns.

Adelson is also the owner of Israel Hayom, Israel’s largest circulation newspaper, known for its overt support of Israeli Prime Minister Benjamin Netanyahu.