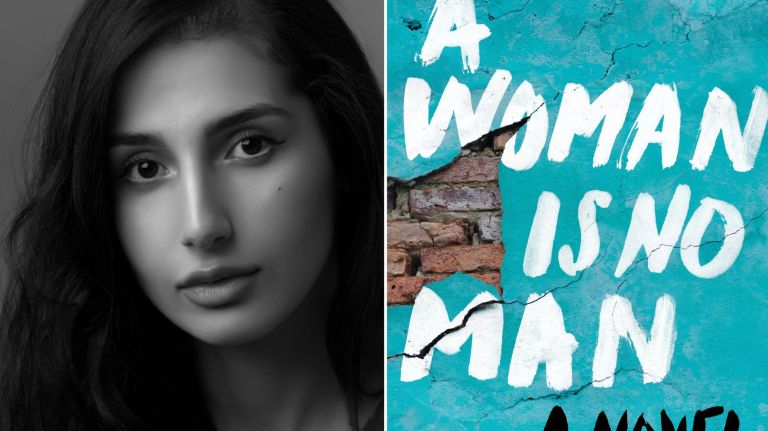 While stories of Palestinians and Palestinian Americans have largely been ignored in the mainstream media, “A Woman is No Man”, the debut novel from Palestinian American author Etaf Rum, has caught the eye of several major publications, including The New York Times and The Washington Post, since its March 5 release.

Selected as one of the Post’s “10 Books to Read in March” and an “Editor’s Choice” by the Times, the novel tells the stories of 17-year-old Isra in Palestine in 1990, who prefers reading books to entertaining marriage suitors picked by her father; and later her eldest daughter, Deya, who finds herself in a similar conundrum almost two decades later in Brooklyn, but dreams of going to college instead.

Isra eventually accepts a marriage proposal that takes her to the United States, where she wrestles with the expectations and challenges of her new life and gives birth to Deya, who begins exploring the family’s history, and future, in entirely different ways.

The novel explores themes of cultural expectations and taboos, family tragedy and the immigrants’ story, all from the perspective of an author whose life experience bears many similarities.

“I grew up in a very conservative Arab household,” Rum, 29, told The AANews. “And whenever I expressed any desire to go outside the prescribed path of marriage or motherhood I would often hear, ‘No, you can’t do that, you can’t do the same thing men do.’”

Rum, who currently lives in North Carolina, grew up in Brooklyn herself and dreamed of becoming a lawyer.

“We have a phrase in Arabic,” she said. “Because a woman is not a man, that’s why you can’t do these things. So I wanted that to be the title, because it doesn’t sound like it limits the role of women in society when someone first reads the title.”

The novel also explores the story of Isra’s mother-in-law, Fareeda, allowing the novel to span three generations of Palestinian women.

Fareeda struggles with the lifelong effects of being a product of refugee camps following the 1948 Nakba (Catastrophe), during which Israelis kicked hundreds of thousands of Palestinians out of their homes prior to the founding of Israel.

“I’m a Palestinian immigrant myself,” Rum said. “My parents are born and raised in Palestine.”

She added that she was always an avid reader.

“I realized that our particular story is very rarely represented in literature,” she said. “…As a Palestinian American I wanted to do something about that.”

Her book also explores how women who are limited by societal norms can make their own unique contributions to society and be “equal if not greater than men” by raising families and instilling values in them, among other pursuits.

While the book is Rum’s first, she has also worked as a literature professor for five years in North Carolina, where she quickly realized the lack of representation among Arab Americans in literature.

She said her novel carries an “emotional charge” to it reminiscent of many classic books written by Arab Americans, Middle Easterners and others from cultures where subjects relating to family, classical patriarchy and other controversial topics are considered taboo,

Rum’s book has been compared to Afghan American novelist Khaled Hosseini’s literary classic “A Thousand Splendid Suns” by the website Refinery 29, which called it “a must-read about women mustering up the bravery to follow their inner voice.”

“(Because) I’m not a trained writer, the voice comes through more,” Rum said. “There’s an authentic and very emotionally charged message behind the book.

“Khaled wasn’t a writer, either,” she added. “He was a doctor. He never took writing classes, never went to school, but he became a great storyteller; his stories are emotionally charged.”

Rum said she’s planning to make a trip to Dearborn sometime in the near future.

In the meantime, praise and attention for “A Woman is No Man” has continued to snowball.

For more information, visit Rum’s website at https://etafrum.com. The book is also available on Amazon.com, where it currently has 73 percent five-star reviews out of 45 submitted.