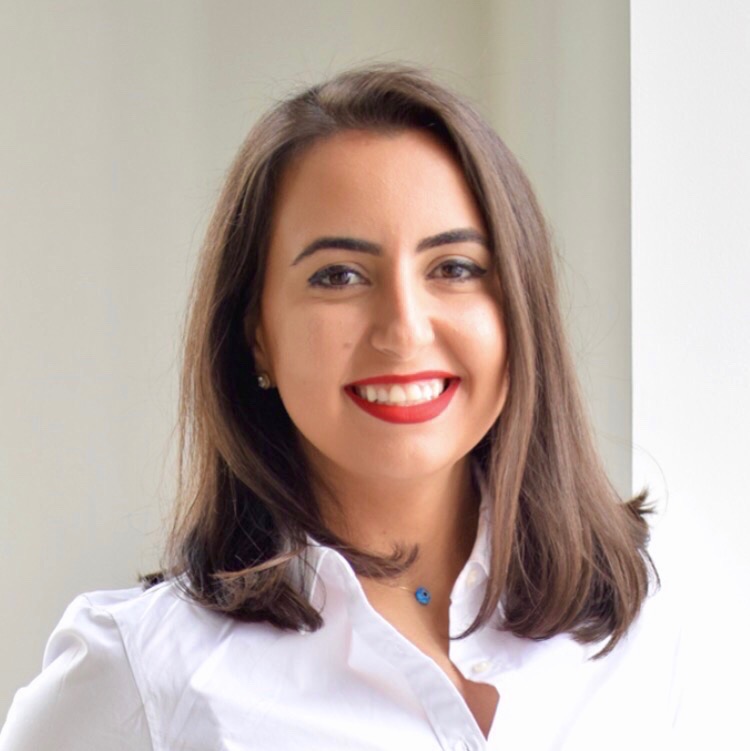 Gov. Whitmer's Director of Appointments Ghida Dagher says her immigrant beginnings ground her just as much as she's propelled by her American experiences

LANSING – As waves of Arab Americans have pushed past political barriers and successfully secured political power in the country in recent years, many have become the representative faces of this growing trend.

There are, however, many young Arab Americans who have worked for years in movement politics, and the community organization side of the political sphere, who may go unnoticed for their contributions behind the scenes of the political machinery.

A look into Dagher’s now admirable career shows that she has endeavored to open doors and raise ceilings while emerging as a young and undeniable Arab American political stalwart.

The Arab American News caught up with Dagher this week to talk about her trajectory and her work making inclusion and equality a reality in Michigan politics.

The daughter of a Lebanese physician, she moved from West Africa to Dearborn as a 9-year-old with her family, escaping war-torn Sierra Leone.

“We moved here, seeking asylum from war,” she said. “I came here as a refugee. We moved to the east side of Dearborn where I had a more eclectic schooling than many other kids growing up in Dearborn.”

She attended Maples Elementary, O.L. Smith Middle School and Dearborn High, and remembers being bused to neighborhoods further away because of integration efforts in her public school district.

Though originally wanting to pursue medicine, partly because of a promise of stability and a chance to travel, she quickly realized that her passion lay in bringing about change through different means.

“I was always engaged in school clubs and even volunteered in small campaigns early on,” she said. “When I got to college, I came to the realization that I didn’t want this passion to be a mere hobby.” 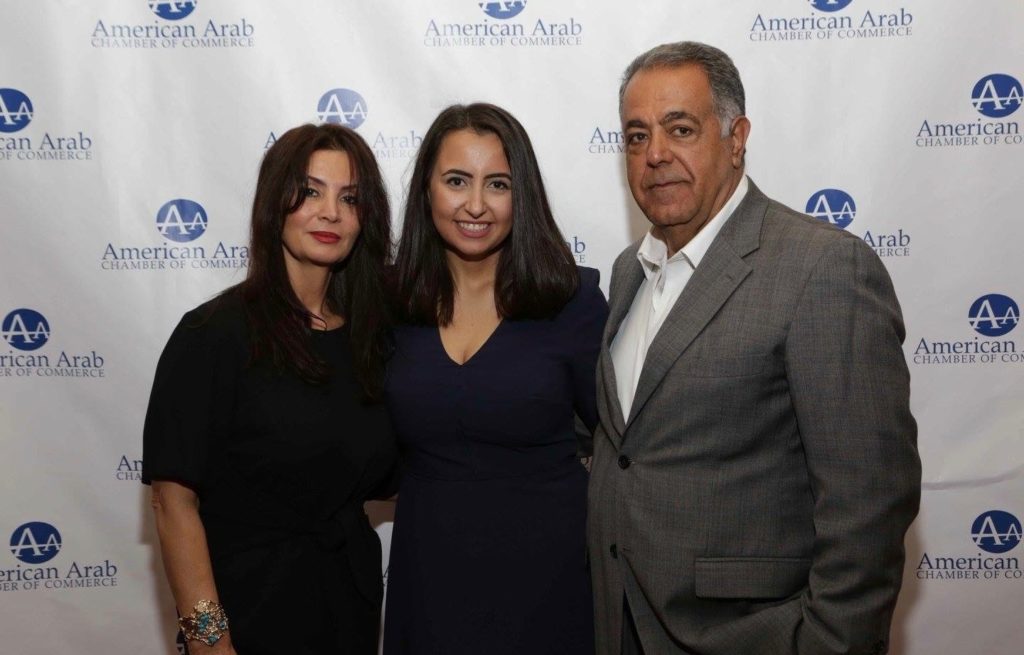 Dagher studied political science and near-Eastern studies at University of Michigan. She was heavily involved in campus activities.

“I would say most of my education happened outside of the classroom,” she said. “I was involved in a lot of student groups, Arab student organizations and the student government on campus.”

During her stint as chief programming officer for the student government, she became acutely aware of how issues scaled at a bigger picture and learned of creative ways to resolve them.

After graduating, she dove into policy and advocacy work for the National Network for Arab American Communities, tackling issues like immigration, racial profiling, border issues and civic engagement work.

“I had considered moving to Washington, D.C. at one point, but during that time I recognized that there were so many issues right here in our backyard,” she said. “While many of my friends left the state to pursue opportunities elsewhere, I wanted to be a part of the growth in our state.”

Her love for Detroit and Southeast Michigan led her to joining United Way for Southeastern Michigan, where she focused on economic issues impacting low income communities in the region.

Working with underserved communities became a sort of pivot for Dagher, as she began to shape and build out her professional life.

“Having moved here as a refugee and growing up in communities of low income is real life experience that I take with me,” she said. “It shapes the trajectory of my career. I often say that it’s my immigrant experience that grounds me, but it’s my American experience that propels me.”

Though asked to run for public office herself, she chose instead to be involved in several campaigns through the New American Leaders Project to help and train new Americans to run for office throughout the country. She proved her mantle directing successful campaigns like that of  U.S. Rep. Abdullah Hammoud (D-Dearborn).

Dagher is an active member of the Arab American Political Action Committee (AAPAC), among other local community organizations.

She still travels the country as a trainer for the organization and has co-founded a political consulting firm. 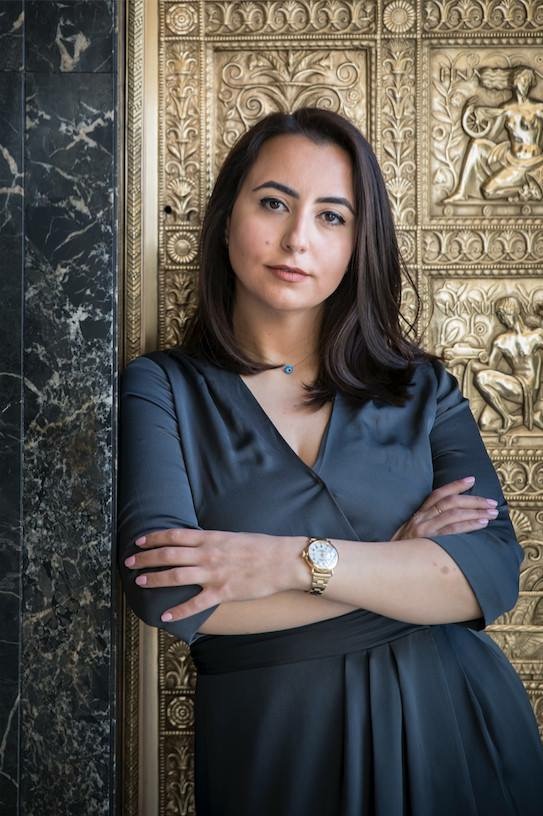 Her campaigning acumen and seats on several organizations that supported candidates led her to cross paths with then-senator Whitmer. During her gubernatorial campaign, Whitmer and Dagher would discuss the importance of having an administration that reflected the population of Michigan.

“During transition, I gave her team a list of incredibly talented individuals from the Arab American and other minority communities that should be considered for appointments when they come up,” Dagher said. “Next thing I know, I am having a conversation and being asked to lead in that position to appoint great folks from across the state.”

When asked of her day-to-day tasks in her position in the governor’s office, she said people often have a misconception of what her role entails.

“When I tell people, I am the governor’s director of appointments, they often think I handle her schedule,” she said. “There is an entirely different division dedicated to that. My job is to field candidates, expand our candidate pool and make recommendations for appointments in close to 300 boards in the state.”

Dagher’s division also oversees university board and judicial appointments, like Helal Farhat’s appointment to the Wayne County Third Circuit Court, as well as the governor’s cabinet and personnel appointments. 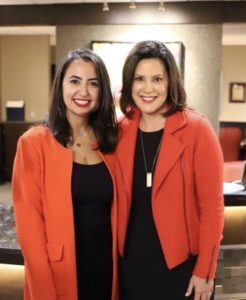 When asked how she finds the energy to operate in a rigorous field while balancing life with work, she said its important for people to love what they do and have a genuine passion for it.

“My schedule demands that I be incredibly organized with my time,” she said. “As a busy professional, one has to prioritize what’s important. What’s important to me is my family and my job.”

Though her path may have taken her to the halls of governance in Lansing, Dagher still calls Dearborn home and works out of both her Detroit and Lansing offices.

To this day, she is adamant and intentional about her sticking to her core values.

“We will not experience real growth in our region until all of us are at the table, being co-owners and co-creators in the kind of change we want,” she said.

Dagher said that despite the fact that she has often been the only woman of color (and often the youngest) in important political discussions, she has not let this disparity define her.

“We may have waited for others to make room for us in the past, but I don’t see any reason to go forward in this way,” she said. “I encourage people from all stripes to discover opportunity, especially in the Detroit area, with its rich, gritty and inspiring history.

“I want to make sure to uplift others while doing the work that I do, so that no one feels they are underrepresented in places where important decisions about our lives are made.”