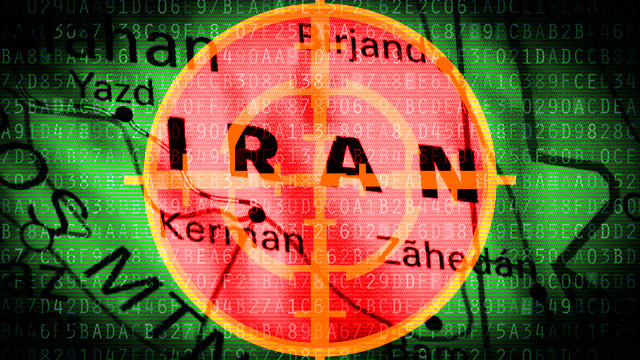 The cyberattack plan had purportedly been developed over several weeks and was a response not only to the shooting down of the drone, but the growing number of cyberattacks by the Iranians.

WASHINGTON, D.C. – It appears that the United States launched cyberattacks on Iran in response to that nation’s shooting down of an American drone aircraft.

According to reports, President Trump had ordered a conventional military response, but had backed down upon learning that the attack would have caused over 100 Iranian fatalities.

The cyberattack plan had purportedly been developed over several weeks and was a response not only to the shooting down of the drone, but the growing number of cyberattacks by the Iranians.

“CISA is aware of a record rise in the malicious cyber-attacks directed at United States industries and government agencies by Iranian regime actors and proxies.  It will continue to work with our intelligence community and cybersecurity partners to monitor Iranian activity, share information, and take steps to keep America and our allies safe.”

Reports on the type of cyberattacks directed towards Iran have been vague and probably wrong.  The Washington Post reported the attack included disabling Iranian computer systems that controlled its missile systems.  The implication by the story was that it was air defense missile systems that were disabled.

Although the U.S. is probably able to carry out cyberattacks against the Iranian air defenses system, this would be an unlikely target at this time.  Such cyberattacks against Iranian air defense systems would have the most impact in conjunction with American air and missile attacks on Iranian targets.  It would be counterproductive to make Iran aware of their air defense weaknesses and American cyber abilities without launching a conventional military attack because it would only improve their air defenses and possibly mean the loss of American aircrews.

The U.S. could hack the Iranian offensive missile system, although their missiles are considerably more crude that those of the U.S. or Russians.  Many of their missiles still use inertial guidance and a separate computer determines the flight profile.  Targeting is done by a computer that takes the target location, determines how long the missile flies straight up, when to rotate the missile, what angle to continue the mission, and when to shut off the engines.

The U.S. could make the missile inaccurate by corrupting the algorithm used to compute the mission profile.

The likely American cyberattack was against an unnamed intelligence group that related to the attacks on oil tankers – a more important target given the recent attacks on tankers.  And, the attacks would be designed to stop the attacks and cripple their ability to carry out more attacks.

These attacks would first try to cripple communications between the Iranian agents and their proxies.  This might include corrupting messages or even preventing them from getting through.  It is likely to use hacking and malware to corrupt the computers used in communications.

The attacks would probably entail finding out who is providing the Iranians with information on the tankers.  These agents are probably in one of the GCC nations like the UAE and likely working for a commercial maritime company.  This phase would also include the intelligence agencies of the GCC countries.

While these hacking probes are the most important, undoubtedly additional cyberattacks took place that made Iranian intelligence operations more difficult.  These would mean damaging computer databases and slowing down computer operations – basically sending a message to the Iranians that the U.S. can make their life difficult.

But what the U.S. did is not all they can do and the Iranians know it.  Based on previous experience with American and Israeli hacking of their uranium enrichment program, the Iranians must know that more damaging cyberattacks are possible, including attacks on their air defense system, offensive missiles, power grids, oil production and transportation, military communications, and military and political command systems.