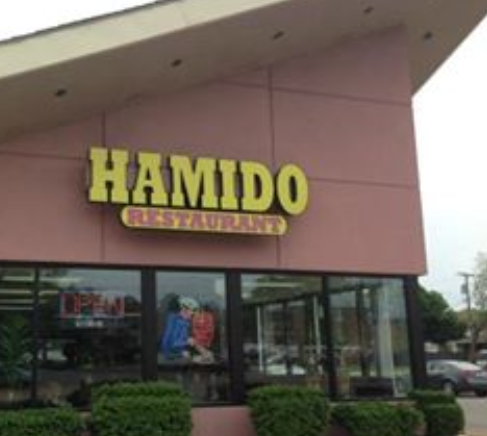 DEARBORN — The Hamido Restaurant in Dearborn located at 13251 W. Warren Ave. was the site of a visit from two Immigration and Customs Enforcement Agents on Monday, a report from the Detroit News said.

Two special agents entered the restaurant and requested signatures on paperwork from a manager, Kassem Rizk, the report said. Rizk, who said they also asked for employment records from the restaurant for the past three years, refused.

“They were very aggressive and wanted me to sign this paper releasing information to them,” he said. “I just told them no.”

One agent had told Rizk that it was “essential” he sign the papers so they could conduct their government business. The form had generic wording and did not include a court order signed by a judge, Rizk said.

According to the American Civil Liberties Union of Michigan, there appeared to be no further ICE activity in the area at the time.

Khaalid Walls, an ICE spokesman, said special agents with Homeland Security served an I-9 audit notice at a Dearborn business, informing them of an audit of their hiring records. No arrests were made Monday according to Walls in a statement.

“HSI routinely conducts work site investigations in order to uphold federal law,” he said. “HSI’s work site enforcement strategy continues to address both employers who knowingly hire unauthorized workers and the workers themselves. These routine efforts are ongoing and not related to other operational activity,” according to the ICE statement.

News of the visit comes at a time when ICE has been conducting a series of activities in multiple American cities, a report from The Nation said. According to the American Immigration Council, however, there were no reports of mass arrests.

While there is no connection to the Dearborn visit, rumors of the ICE activities has also had many ethnic communities on edge.

State Rep. Abdullah Hammoud spoke with Rizk, according to the News. Hammoud said it’s important for business owners and residents to be prepared in general, as ICE has always been active.

“It’s important to emphasize this isn’t something new,” Hammoud said. “ICE has used this tactic of attacking poor communities like east Dearborn with working immigrants, and we have to be prepared without panicking.”

Last Thursday the Council on American-Islamic Relations, the United States’ largest Muslim civil rights and advocacy group, issued an advisory  for immigrant families, warning they may be potentially be targeted by ICE.

“People need to know what they have to tell government officials and what they don’t,” Hammoud, who helped launch the Know Your Rights campaign on social media along with other advocates, said. “We, as a community, need to stay strong together and push back against this because it’s for no justifiable reason.

“Dearborn is a beautiful diverse city and we’re strong together because of that,” he said.